Oh, Well - and Other Nonsense

Once upon a time, there was a farm.  On this farm lived two people, five cats,

some chickens, ducks, turkeys and a whole bunch of earthworms.  There were many vegetable and flower plants and even some fruit trees.

The two people worked hard to be farmers and they even hired people to help them grow the vegetables, raise the poultry and tend the farm.

Miss Brittney helped fill seed trays with starting soil mix.  Once the soil was packed down, she put a seed or two in each round cell.  After all the cells in a tray were full, she covered them with more soil mix and packed it down so the seeds would germinate. 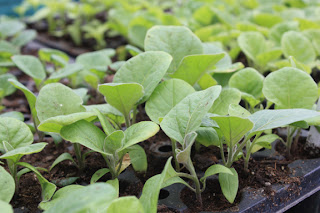 Miss Kailey helped transplant peppers and tomatoes from seedling trays to small pots.  This allowed the plants to get bigger and stronger so they would do better when they finally were put into the ground. 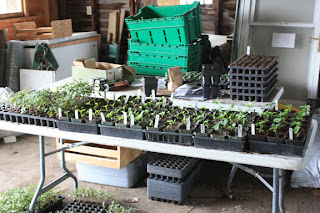 Mr. Elliot worked diligently to scrape and sand one of the buildings on the farm.  He worked hard to make progress on this task because he knew paint helped the buildings last. 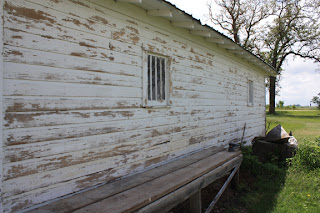 Miss Rachel helped the farmers work in their high tunnel.  Even though the building had flooded about a week ago, the soil had finally dried enough to allow them to plant tomatoes and peppers.  They even prepared a seed bed for green beans and carrots. 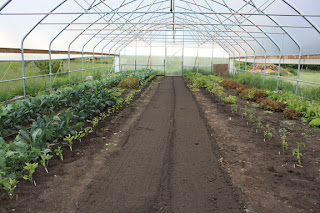 Mr. Tyler began work building portable poultry shelters.  He found some cattle panels and some old lumber and made a hoop building.  With a little more work, tarps were found to provide shade and wind shelter.  Soon, these buildings will be used for some of the broilers that lived on the farm. 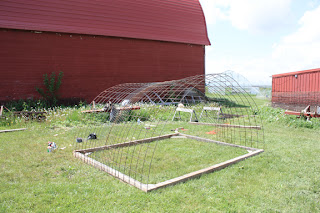 Mr. Denis knew that the rains had made it impossible to plant in the fields.  So, he began work making raised bed frames.  The farmers could put dirt in these frames and plant into them.  Because the beds are higher than the surrounding areas, they would dry out quicker and allow the farmers to do work sooner after a rain. 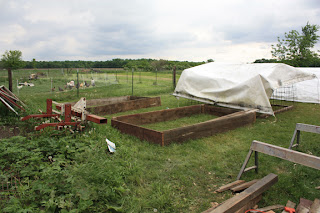 The farmers were pleased with this work.  Even if the efforts made everyone a bit tired. 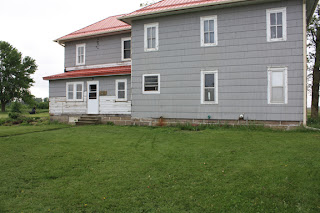 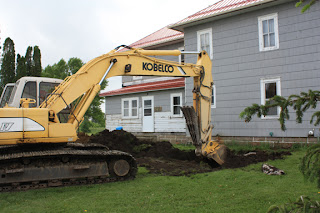 A SNORT came and attacked the farm. 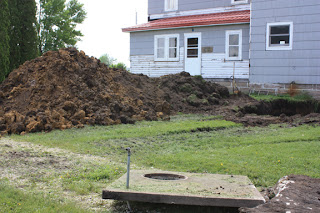 The snort was thirsty and it wanted water.  It dug and it dug until it found the farm's well.  Once it found it, it consumed the well, pump and all.  Suddenly, the farm was without water for the two people, the workers, the cats, the chickens, the ducks, the turkeys or the plants in pots. 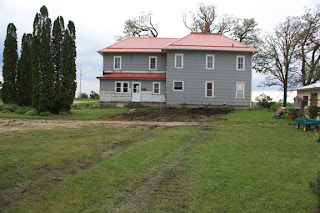 The SNORT felt some remorse for its actions, so it filled the hole back up. It left tracks so the farmers could see where it had been.  But, the well was gone.  The farm still did not have water for the farmers, the workers, the cats, the chickens, the ducks, the turkeys or the plants in pots.  But, the clouds still brought rain and the earthworms and plants in the ground still had too much water.

What will the farmers do?  How will the workers help?  Will the ducks rebel and petition the government with a bill?  Do you think the earthworms will begin wearing water wings?

Stay tuned for part two of this riveting story.
Posted by Rob Faux at 11:22 AM