Summer wasn't summer until the first giant Tiger Swallowtail floated by you as you were trimming the hedge.  And, once you noticed that particular butterfly, you could count on seeing it fly that route every day for quite some time.  Occasionally,  we would have the pleasure of seeing a "black-phase" Tiger Swallowtail (more black than yellow).  Regardless of the phase, or the year, or the time of year, or the number of times that butterfly had been spotted in the day - there was always a little bit of joy to be had in the viewing of these creatures. 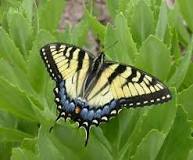 As I was growing up, it seemed like I was seeing butterflies everywhere.  The little yellow and black, Sulfurs, the tiny Blue Azures, Black Swallowtails, Mourning Cloaks, Red Admirals, Painted Lady's and, of course, Monarchs.  Tammy and I observed a hoard of Red Admiral larvae as they consumed much of a patch of nettles at one of our previous residences.  We both believe we could hear their mandibles snapping as the tens of thousands of caterpillars munched away.  The resulting 'flock' of Red Admirals was something to see.

Another memory that I equate with summer is the sound of the meadowlark as you drive down a country road.  I recall that I would hear that sound from a different bird for nearly every mile of the journey, if you drove during the right time of day.  In fact, it is still a sound that encourages me to relax and appreciate the world around me.  It is a sound that speaks of rural places and the beauty of country living. 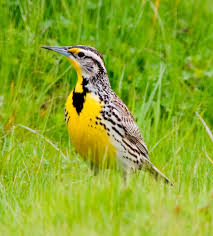 And perhaps many of you notice the Red-winged Blackbirds that sit on the electric lines every so many feet?  Tammy and I have dubbed some of these birds as our 'sign-birds.'  These birds will stake their territories and select certain locations to watch over it.  Often, it will be a road sign.  So, we like to say to ourselves that the 'sign-bird' is reminding us that we are to stop, or we're on the right road.  Whatever the case, we recognize their presence and appreciate that they are there. We also remember seeing Kestrals on those lines on a regular basis - just not so regular as the Red-wings.  The fine markings around the eyes of these little raptors are reminiscent of eye liner and they are fun to watch.

I also vividly remember why I am not someone who is big on sandals or walking barefoot in the yard.  Our yard had some wonderful patches of clover, some of which were fabulous sources for four leaf clovers.  But, where there are clover flowers, there were bound to be bees.  In fact, there were almost always honey bees and bumblebees floating around our yard.  You had to watch where you were walking because one false step could result in sharp pain in your foot - and I suspect the bee wasn't too happy either.  And, while I was leery of the bees, I enjoyed watching them go about their business.  They really didn't care if I was there as long as I didn't step on them.  So, I could follow one bee around the yard for as long as my attention span allowed.

In the last five years - how many kestrals have you seen on lines, looking out over the ditch in hopes of seeing their next meal?
When is the last time you heard the song of a Western Meadowlark?
Did you see a Tiger Swallowtail last year?  How about the last time you saw a Sulfur butterfly?
Have you ever seen a congregation of monarchs on an evergreen?  How many years ago was that?
How many of the people in your neighborhood actually HAVE clover in their lawn?

And, why am I writing about this?
I've been noticing changes in wildlife populations and it isn't my profession, or even my hobby, to do so.  But, I like to think that I am reasonably observant.  I also like to think that I have some real concern for other living beings on this earth - rather than concentrating on just me.  But, while my eyes are open and I observe, I wonder if I (and many others like me) shut them tight because we don't want to own up to what we are observing.

So, I wondered if others who study these things are observing this as well - and what they make of it:
Kestral populations are declining - "These declines may be due to several factors, including poisoning by pesticides in agricultural areas, predation by increasing populations of Cooper’s Hawks (Accipiter cooperii), development and reforestation of preferred habitats, and potential exposure to the West Nile virus."
Western Meadolark populations are declining - " breeding populations have declined slightly throughout their range in recent years, a trend seen in Washington in both the winter and breeding seasons. Most of this decline can probably be attributed to habitat destruction from livestock grazing, mowing, and development, and contamination from pesticides."
Butterfly populations in Iowa are declining - "In 2002, a DNR report listed butterfly species that were endangered, threatened, and under special concern in Iowa. Two species of butterflies were endangered, five threatened, and 25 special concern species. With that information, of the 122 species of butterflies believed to live in Iowa, more than one-fourth of those butterfly species’ long-term survival is questionable in Iowa."
and
" Due to their short life span and multiple generations in a year, butterflies are an excellent indicator for population trends or habitat suitability of all animals."
Posted by Rob Faux at 12:21 PM

Email ThisBlogThis!Share to TwitterShare to FacebookShare to Pinterest
Labels: agri-fauxbia 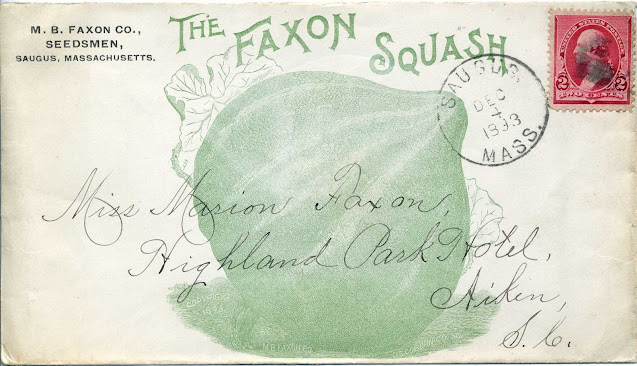