Tammy and I have been lucky enough to have opportunities to take some time off now and again.  But, this time around, we've arranged to take some time just for the two of us.  It wasn't until we arrived at our destination that we began to understand exactly how much we needed to take some time and release some of the stresses that are placed on us.  Some of them internal, some of them external - but all of them as real as we make them.  And, it turns out that maybe we were making them too real.

One of the things we enjoy doing is taking pictures and trying to be creative in the process.  We thought we'd share a few.  If you already know where we went, don't spoil it for others.  But, if you don't know, but want to guess, put a comment in with where you think these photos come from. 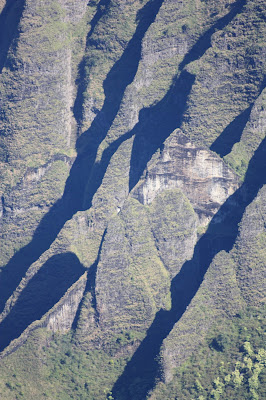 Per the norm, we like to start with some potential misdirection.  This picture could be a part of a larger photo that many other people who visit this place might take.  Of course, Rob had to focus on one part of it because he liked the shadowplay. 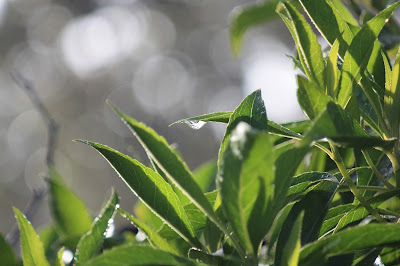 And how can you NOT like a droplet picture?  Ok, maybe you can't, but we like it.  I suppose there is some clue as to where we are based on this picture alone. 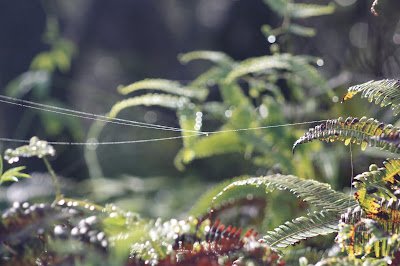 Dew on a spider's web?  We love spiders, as long as they aren't crawling on the back of our necks.  This little one was just fine where she was.
Posted by Rob Faux at 12:31 AM