Back in August, we gave grades to the Genuine Faux Farm (ourselves) for how they were doing a bit more than halfway through 2020.  Several people found it interesting and a couple even wondered if we would revisit this at the end of the year.  Apparently, the answer is 'yes.'

Here we are, only a few days into the new year and we're still trying to figure out what happened to us in the previous year.  Well - ok, that's the negative way of framing it.  The positive way is to remember that we can learn from what has gone before and it can help to inform us to improve as we go forward.

With that in mind - here are our final grades for 2020 at the Genuine Faux Farm.  The midterm grade we gave ourselves in early August is in each heading.

Handling the Water (B- at midterm)

So, here's the deal.  We dug some ditches/swales early in the season.  It rained like it has so many seasons in the last decade and the swales were tested.  Then, suddenly, the rains pretty much came to a stop.

In all honestly, it was a welcome relief to us at the farm - especially when you consider that we did get just enough rain here to keep things green through the entire Summer and Fall.  We've been so wet for so long, this was just wonderful.

What it did not do is test the swales further, which is just fine with us.  The early rains highlighted how the water flow was going to change with our efforts so we can continue to work to address that.  In a way, it was better that we ended up doing this in stages so we could assess how each set of changes impact the farm.  We have addressed some next steps, so hopefully we continue to make progress.

After all, we know better than to think excessive rains won't come back to haunt us yet again.  That would be naive.

But, for 2020, circumstances worked in our favor and helped us raise our grade:  B

Supporting the Pollinators (B+ at midterm)

We have always done a decent job of supporting pollinators at the farm, so we set this bar very high for ourselves.  In some ways, it is easier for us to assess pollinator health by watching our own honey bee hives, which did quite well this year.

Our observations for the season were that we had more bird traffic, more smaller bees and a decent variety of insects and invertebrates.  On the other hand, butterflies and bumblebees were extremely scarce despite planting many things we know they like (from past experience).  We know that is not entirely our fault because there just needs to be more general support for these critters beyond what one 15 acre farm can provide.

Our timing for clover mowing and selection to allow asters to bloom was right on target to feed our pollinators through the fall months.

The overall population decline might be beyond our control, but we did well with what we could control:  A-

This would be akin to the hardest class in a major course of study.  The easiest way to pass is to somehow create more than 24 hours in a day AND be able to stay awake long enough to take advantage of them.  Since we couldn't do that, we had to try to milk all we could out of the resources we had and still stay healthy and sane.

The answer to the problem was to say "no" to putting in our normal batch of Fall crops this time around.  We did not particularly care for this solution, but it was actually the right direction.  Next year, I expect we will say yes to a batch of Fall and Winter crops, but they are going to be very different than they have been.

In the end, we pass the course by recognizing that we just need to change the goals to match the available resources.  We can still strive to excel, but that will mean something different in the future.

We get a much better grade for learning enough to recognize where the solution was, even if we didn't get the details right: B- 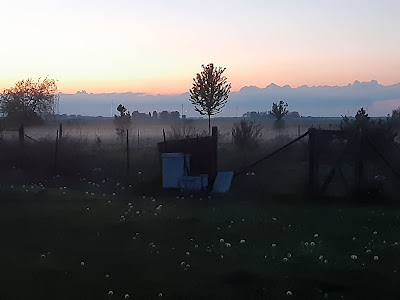 It was a good idea, but it probably won't be the right idea for the future.  The delivery approach was spot on, the tracking was not.  Not much more to say about it: C-

Further Refinements in Poultry (B+ at midterm)

At the point we gave the midterm, we still weren't sure where things were going to go with the new hens, with the turkeys or with the second batch of broilers - so there was a great deal that could change things.

Dealing with poultry requires dedication and some work.  The good news is that it requires a certain amount of work, every day.  But, except for a few key points in time, it does not require work ALL DAY LONG every day.  That means poultry actually worked better with our new work loads than growing produce did.  This is also a reflection of a system that continues to improve for our poultry at the Genuine Faux Farm.

We were prepared to back off of poultry in coming seasons but now we find that perhaps this is the part that works best with the new realities.  So, now we're looking at a few more tweaks and a continuation in 2021?

We shall see, but this year went about as good as we could make it: A 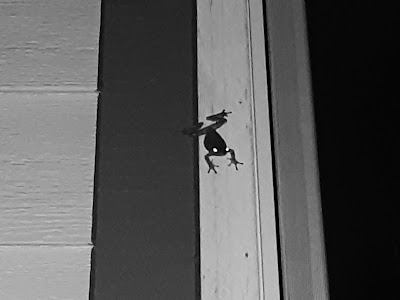 Farmer Mental Health (A for effort at midterm)

This is always a hard thing to judge - especially when you are involved in things such as education and.. farming.  One day you can feel great and the next, not so great.

The effort was there, just as we noted with the midterm "grade," but the stress of the Fall school term on top of everything else was pretty rough.  An A for effort and a C for actual results gives us a B- for the year.

Reviving the Farm Grounds and Plantings (I at midterm)

We're just going to leave it at an incomplete.  We took too many courses this year and we knew it.  Incomplete.

While we had higher goals for this than we accomplished, we did manage a second wind towards the end of the year and got a few more things done that needed doing.  We've actually done more talking about some things "normal people" do - like what color we want to paint some of the rooms in the house.  On the other hand, there are still some uncompleted tasks - which means we don't get an A.  Instead, the whole year balances out to a B+ 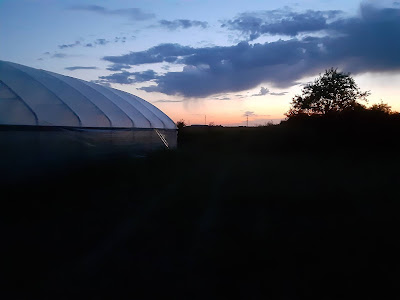 There were some definite wins and some definite losses.  Sounds a good deal like every season at the Genuine Faux Farm.  But, one thing I noticed is that we rarely had to say 'no' to orders we received when we offered vegetables to those who had farm credits.  We put up about as much veggies as we were able to given the time we had so we had some to eat in the winter months.  Rob got eat some fresh green beans in early November.  That's always a win in our book.

So, we met the demand that we had for the veggies we successfully grew.  We'll just leave it where it was in August: C

Giving Through Writing (A- at midterm)

The second half of the year probably held some of the best writing - practice makes perfect, I guess.  The Postal History Sunday series got a foothold and found a number of people who simply enjoyed them for what they were.  Suddenly I had a batch of Pesticide Action Network blogs that I had written that I felt were ok to cross post and widen the audience perhaps a little bit.  I let myself look at some older posts and edit and renew them for a new look so they would not languish in the dark halls of history for a time.

This went well.  I think it was a positive for me and a positive for many who bothered to read them.  As a teacher, I did not give an A lightly.  I find the same holds true here.  A

What?  You want extra credit?  If you had just done the work when it was due, you wouldn't be in this situation now, would you?

Have a great day everyone!  We hope we select the best classes for 2021 and that we can put forth our best efforts.  Since it is only January 4, we still have the perfect 4.0 grade average in sight!

Email ThisBlogThis!Share to TwitterShare to FacebookShare to Pinterest
Labels: farm report, Look in the Mirror, X-games