We've had multiple mornings where Mother Nature has dressed up in hoar frost or rime ice.  In both cases, we can end up with some spectacular effects that are neat to see (and take pictures of).  Our external clothes drying machine accumulated a fair bit of rime ice several days ago after a heavy freezing fog. 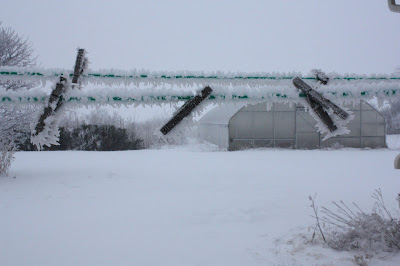 In any event, we did use our external clothes dryer just a couple of weeks ago.   Or was it three weeks ago?  I don't know.  But, we've used it more recently than you might think.  And, the clothespins cling patiently to the line waiting for the next moment we should look at each other and say, "I think this laundry load might dry most of the way if we hang it out today." 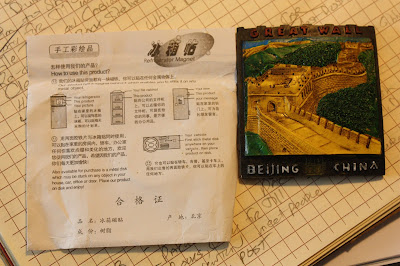 Clearly, we received no such instructions for the clothespins - which is why they are still out on the line collecting rime ice. 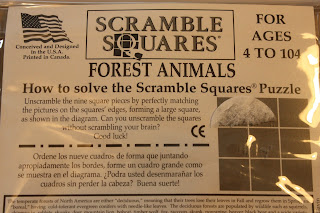 Last Christmas I received a puzzle as one of my gifts.  I am pleased to say that this was an age appropriate gift for me (see the top right).  Essentially what that means is that I was not tempted to swallow and choke on the pieces and Tammy was not tempted to say "no" repeatedly as I approached the table where the puzzle was sitting.

Sadly, the puzzle got placed in a location where it got covered by other items last year and we uncovered it again this year - right around Christmas.  I thought - "ok, let's give this thing a real try."  After all, I'm up for what could be ..."the World's Most Challenging Puzzle!" 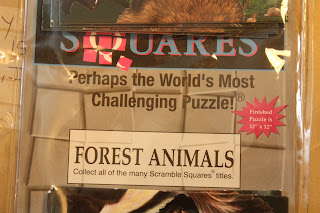 Fifteen minutes later, the child in me completed the puzzle.  The adult remained confused.

I did take a picture of the completed puzzle, but I sent the puzzle along to someone else and I didn't want to ruin the fun by providing a key for solving it.  I probably shouldn't worry about putting the solution out on the internet because I find it unlikely that something I put on this blog is going to put much of a dent in the sales of this item, nor is it likely to spoil someone's fun in solving it.  After all, if you're willing to look at the solution prior to solving a puzzle, you probably don't appreciate the process of puzzle solving all that much.

Besides - I want this to remain mysterious and impressive.  Look at me!  Solver of the World's MOST Challenging Puzzle.... perhaps.

It almost sounds like something I would write!  Make a grand statement!  Then qualify it with "perhaps" or "maybe."  Or add something on the end:

The Worlds' Most Challenging Puzzle.... unless you happen to solve it in fifteen minutes then we're probably wrong because you really aren't smart enough to solve the world's most challenging puzzles all that quickly, are you? 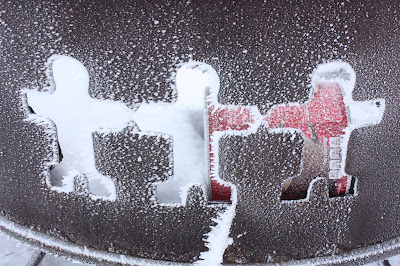 After all, I'm the guy who gets confused if you go tell him to stand in the corner of a round room.  I stared at the orange juice container for an hour because it had the word "concentrate" on it.  I once climbed a glass wall to see what was on the other side.

And, I'm not sure I'm all that worried about whether it's rime ice (typically a result of ice fog) or hoar frost (typically you'll get this on a calm, clear night).  I just know it looks good.


Be well and take care of each other.
Posted by Rob Faux at 5:30 AM