Harder Than It Looks

Here we are at April 10 - only a third of the way through our April blog push.  And, I find myself without a blog post for today!  It's not that I don't have several started and waiting for time/inspiration.  And, it's not as if I don't have things I can write about.  But, I have much to do and I don't have the time to spend on making some of those posts what I want them to be.  So, instead - you get this!

Duck and Cover
The ducks went outside to their pasture last weekend, something we were about a week later than we wanted.  But, overall, it is about right.  With greenery starting to appear and nights less likely to get brutally cold, it seemed pretty safe to move them.  The ducks were starting to look a little rough in their room.  But, now, they go out to the portable shelter called the 'duck and cover.'  The electric fence is up and they have access to a bit more water (it's much easier to clean the water, etc outside than it is inside).

Smarter Than Wood
We had one incident with a raccoon finding a way into the hen room this Winter.  It managed to get in, off one chicken and then it was caught in the act.  This specific raccoon is no longer with us.  We have learned that once they find a way in and get a taste of chicken, they don't give up until they can get in again (and again).  We also spent some time sealing up the West wall of the hen room and covering up a couple of things a raccoon could use for leverage to pull/chew on our walls in order to get in.  We used all kinds of scrap wood for this, including some material kindly offered to us by Chris Haymaker (thank you Chris).

It was cold when we did this work.  And, this was an 'emergency' job.  In other words, we weren't planning on spending a huge chunk of that day doing this particular project.  So, needless to say, Rob wasn't as cheery about the process as he might normally be.  But, with Tammy's help, things were going pretty well.  Tammy even tried to offer up some praise by telling me that I was "smarter than wood."

I guess she could have said I was as "dumb as a post."  But, I am smarter than a post as long as it is made of wood, I guess.

Sadly, the wood had the last laugh.  During one of the final bits of work, a piece of wood slipped and smacked my thumb and hand a pretty good one.  That's what I get for starting to feel superior, I guess. 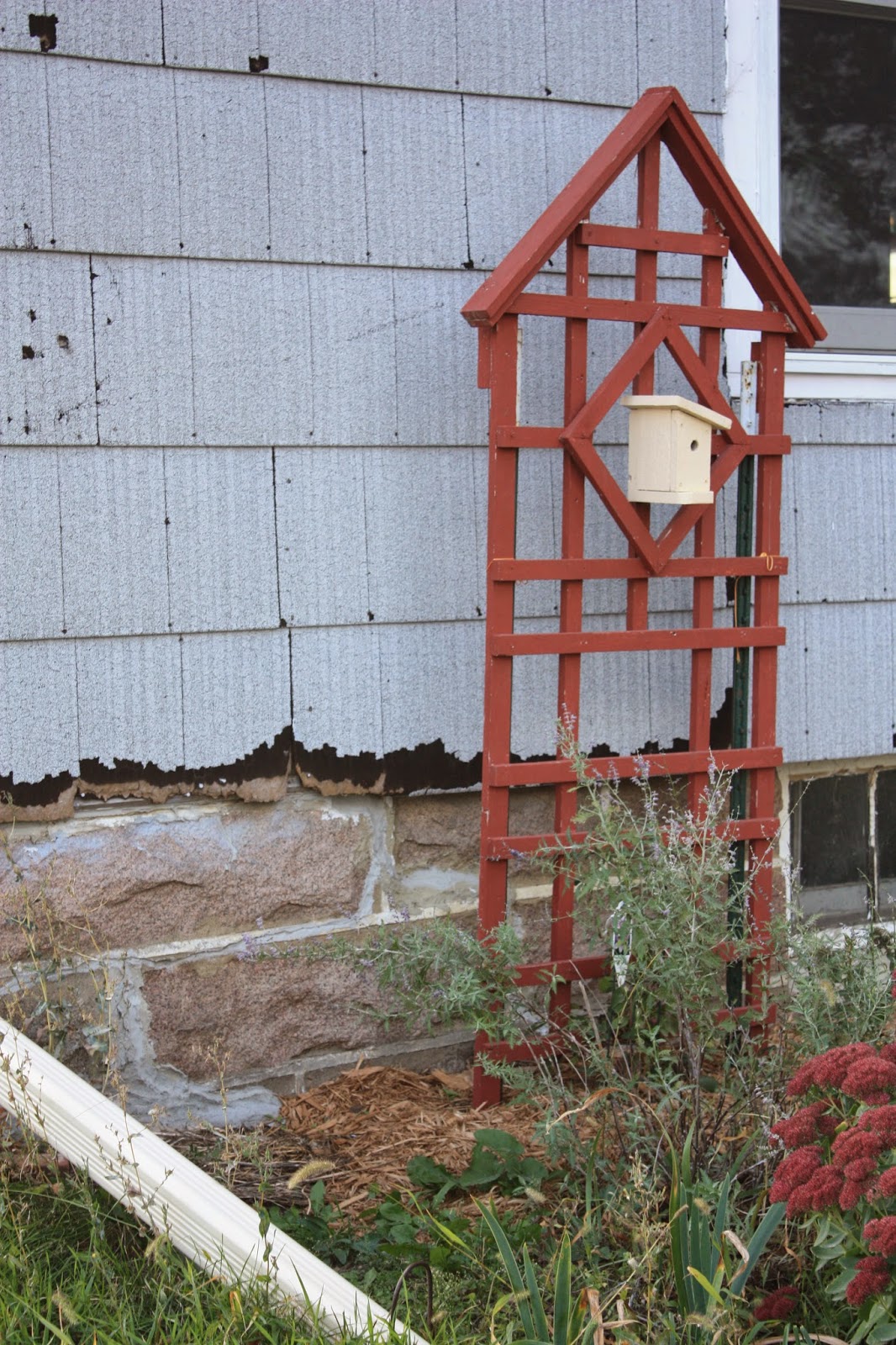 House for Wren(t)
This year, we are ahead of the game.  Our trellis with the wren house is ready to go.  Never mind the fact that we never took it down this past fall.  Just in case a wren should need it in, oh... maybe.. January?  Ok, ok.  We just ran out of time last fall.
Posted by Rob Faux at 8:59 AM

Email ThisBlogThis!Share to TwitterShare to FacebookShare to Pinterest
Labels: fix it faux, Poultry in Motion