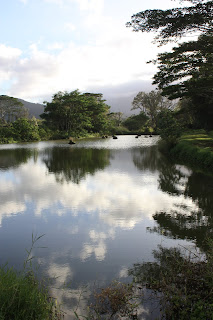 Once we reach the end of the traditional school "Summer Vacation" months, the farmer gets a bit more contemplative regarding the ongoing growing season, looking at what has gone wrong and (hopefully) what has gone right.  There is typically a whole host of things that we won't share on the blog either because there is only so much time and motivation to write it up or the thoughts were too transitory in nature (or the thoughts were really no one else's business anyway!).

This year's late August into September thought process may have a bit more significance than other years because we did enter this season with some particular BIG goals in mind.  Our relative success or failure in reaching those goals were going to be our signposts for determining how the farm and the farmers were going to progress from this point going forward.  The path of least resistance is usually to just stay the course and not make changes.  But, when have you all known us to take that particular path?  We, of course, know we often fall back to what we know - even if it doesn't look like it to everyone else.    So, trust us, we are just like most people, we struggle with taking new directions, even when it is obvious that a living farm is one that is rife with change.

This season, perhaps more than others, I have been even more aware of how we adapt to the variability that the farm provides even on a day by day and hour by hour basis. 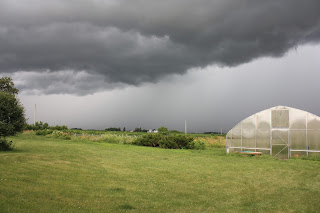 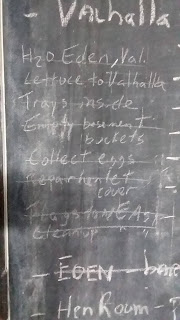 All it takes is a little storm to roll through and alter our landscape a bit and viola!  We have to adapt.  The season progresses and the crops that are ready change and the needs of the remaining crops change.  Last week's need to have a certain space open for traffic becomes the need to get that onion crop under cover and never mind the traffic.  Every year, I catch myself saying that we'll get better at being more consistent and efficient on our farm.  And, every year, I remind myself that much of the farm is variable by nature, which means certain types of consistency are actually not virtues and efficiency at the highest level is rarely possible.

One way to illustrate this is to show an early May partial 'chalk door list' of things that needed to be done.  From day to day, the list content varies.  Of course, every day has a list of 'chores' that have to be done every morning or every evening.  But, those usually just reside on the "mental chalk door list."  Some days, the written list is quite granular (sometimes including some chores), with the smallest tasks listed just to be sure we don't forget any of them (and the workers like to cross things off).  Other days, the list is something along the lines of "WEED!"  Yes, you could split that into smaller chunks.  But, why?  Other than giving everyone a starting point for weeding, there really isn't much need to say more.

The take-away for us on this particular set of reflections is that we can certainly optimize certain tasks, but our diverse farm will, by its very nature, prevent us from getting too comfortable with any particular set of conditions and processes.  We can successfully implement a process for harvesting garlic and getting it hung up to cure.  In fact, we have done so, seeing the time it takes to do that task decrease each year for several years in a row.  But, we just need to accept that every day is different and it will require an approach that is adapted to that particular day's traits. 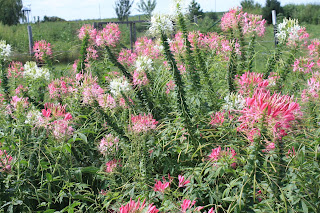 Other reflections on this season follow a particular pattern.  For example, I walk by this patch of chleome every day.  I keep expecting that they will fade, but they appear to just be getting bigger and brighter!  The first thought is usually, "Wow!  Look at that!" The second thought is "Why didn't we plant more of those?  I wish we had.  How is it that we planted two trays of those and we only have that patch?"  But, the next one is, "But, you haven't planted them most years and here they are now.  How cool is that?  Let's plan on more next year." 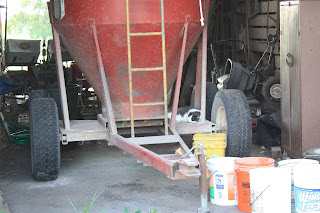 The bigger issues are always underlying the smaller issues.  The smaller than planned number of chleome came about in part because of the late start the weather forced on us in 2019.  The other reason had to do with issues with our starting facilities - some of which we have addressed at some level already.  Other parts of the farm can follow similar patterns.  The picture above shows our portable feed bin that we take to the Canfield Family Farm to fill with the 3000 lbs of feed each time we go there.  The small issue is figuring out what to do when there is a couple hundred pounds of feed still in the bin, but we are scheduled to go down and pick up another 3000 pounds.  The bigger issue is that feed management is not as simple as finding a temporary home for a few hundred pounds of food.  But, that might be good enough for another post in the future.

The point is that the farmer brain is always part on the current problem "How do I deal with the old feed so I can go get the new feed?"  Meanwhile, it also has the larger issue running in the background, "Is there a better way I can manage our poultry feed?"  And, just to make it more interesting, there are also many related things running around in the farmer brain too!

"I've got to remember to do X,Y and Z for the birds today."
"What do we have to do to sell all of these chickens?"
"Is our sale price covering our costs?"
"Should we do this many birds again or do we need to change that?"
"Do we even want to keep raising broiler chickens?"
"How do I change things to help the pastures recover?"
"Should I spend time putting in a new access into the turkey room?"
"Oh yeah!  That hose is still leaking over by the hen pasture, I should fix that."

Safety tip:  It's okay to have all of this stuff running around in the background.  But, you should always be present with whatever you are doing.  Tractors can be dangerous.  A few thousand pounds of feed can shift and can be dangerous.  There - public safety message complete.  And, no, I am fine, I did not just have a recent experience that reminded me of this because one of the things always running through my head is "Pay attention to what you are doing!" 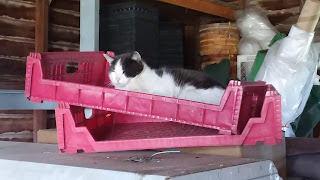 When I have no more workers on the farm, Tammy is at school and the weather is nice and there is plenty to do I often wish I could sit down next to Inspector and just have a nice session of thinking and reflecting (and perhaps napping too).  And, once in a while, I actually let myself have that sit down - for as long as my brain lets me.

But, the reflections often get drowned out by the "chalk door list" that resides in my head for the given day.  So, I put the reflections into the background where they churn around while I pay attention to what I am doing.

Perhaps I'll just have to go weed something.  That is one thing I can do AND I can reflect at that same time.

Email ThisBlogThis!Share to TwitterShare to FacebookShare to Pinterest
Labels: a crate full of grateful, dangerous pastime, Poultry in Motion