It has been a while since we posted an update on the farm house work that is ongoing this Winter.  Since things warmed up this past week, we have had the chance to work with Travis and Rory and get more of the exterior of the house dealt with.  Rather than write too much about it, we'll share some pictures!

A reminder of where we had things on January 7 (click on photo for larger version).


We did get a bit more done in January that we have neglected to show here.

Enter March and the madness continues!  The South wall of the kitchin/dining room in its 'before' state is below. 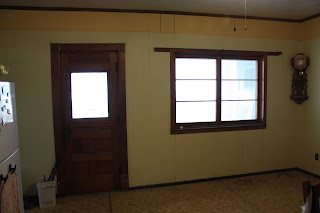 And the outside of that same wall is next.  Note the old air conditioner at the left, window at left and door in the center.  The door didn't look half bad on the inside, but we failed to take a picture to show the issues on the outside.  That... and it required a firm 'hip check' to open or close it in Winter... a full body block to open during more humid months. 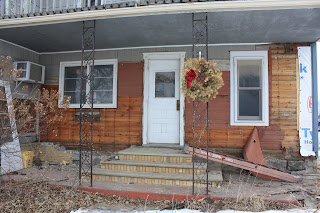 Out with the A/C, window and door!  And... yes... we did take the old Christmas wreath down too.  What this picture does NOT show is the brick facade over the foundation that we also took out (ok, a little of it is visible bottom left).  We suspected there were some foundation issues being hidden there and we were, sadly, correct.  Guess our next project? 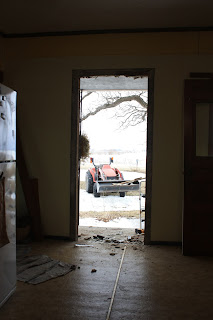 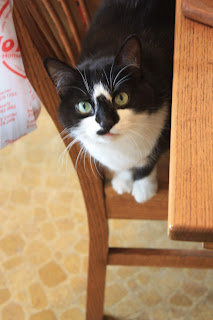 Once again, Bree was not on board with the activities for the day.... 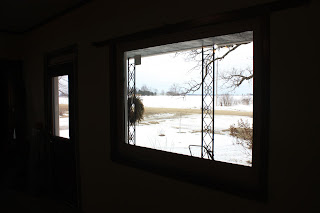 But, by the end of the day, we could see out the window without actually feeling all the elements of actually BEING outside.  Bree is not yet pleased because there is still too much applecart upset for her tastes.  She'll get over it.  We hope. 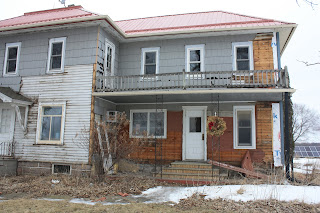 Another before picture above.  Note the upper 'porch' and the door on the second floor.  Yes, the storm door was falling off and the inner door was sealed shut for Winter.  Time to fix that. 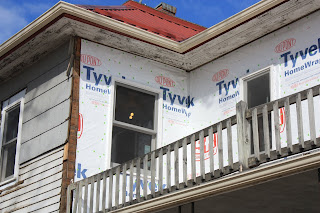 How about a nice big window.  Big enough that we can still use it for an escape if necessary.  That's been on the list for a long time! 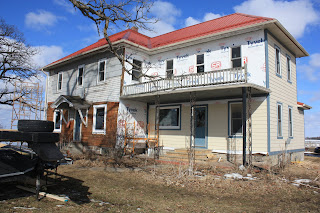 Oh look!  Even more progress.  Siding under the porch.  More siding off the rest of the South side... and is there something else new here?  We'll get to that. 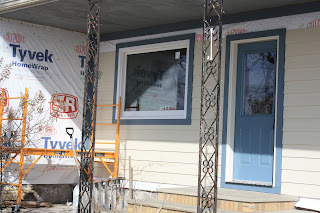 But, first, here is a close up of the new window and door. 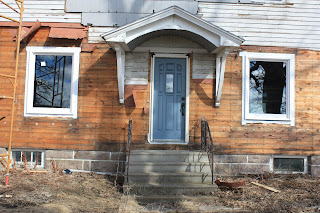 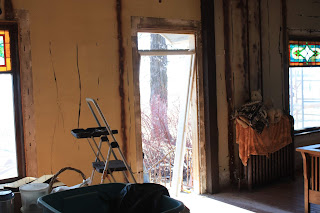 This, of course, means that Bree has had even more to be upset about because the destruction has reached not one, not two... but three rooms in the house.  Poor kitty.  Hob Nob has also let her displeasure be known, but she decided part of her protest was to not allow her photo to be taken. 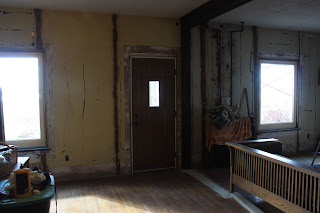 Guess we'll need to address some of the interior issues next too....   Ah, old houses!
Posted by Rob Faux at 10:52 AM

Email ThisBlogThis!Share to TwitterShare to FacebookShare to Pinterest
Labels: fix it faux