Tammy and Rob are fairly busy people during the month of September.  Tammy has the academic thing going on, but still keeps her hand in things at the farm.  Rob has the farm thing going on.  Otherwise, he writes blog posts.  Now, if that isn't an over-simplification for what the two of us do in September, I don't know what is!

One of the things that we can both still find time for is to engage in a little wordplay.  It keeps the mind sharp, requires no additional materials and we can continue to do work while we make our sad little attempts at humor.

Ok, mine are often sad attempts.  When Tammy throws one out there, it usually has much more quality.  Otherwise, she just rolls her eyes at Rob.  The best time for this sort of silliness is when we are traveling in the vehicle together.  Sometimes, we see a sign or some other item that gets us going.  For example, we sometimes see a sign advertising a business and we can't help ourselves but expand upon what we see (or deliberately/accidentally misread it).

Tag Lines that Should Exist:

We are reasonably certain that the House of Wong is a restaurant, but it was interesting to note that the building in the Twin Cities that was the actual House of Wong did not have any characteristics that would confirm its purpose as a restaurant.  Granted, we were trying to keep an eye on where we were going, so we were NOT looking all that closely.  Besides, but we had an opportunity and couldn't leave it alone.

Our conclusion was that the House of Wong should be a paint store with a limited number of available paint colors.  We decided that their tag line should be "House of Wong - Make it White!"

My guess is that persons with the name Wong who happen to live in the United States probably roll their eyes at jokes like this and say, "Wow. Never heard THAT one before."  It's ok, we'll let everyone with the name of Wong write a blog post about our family name and some joke we've "never" heard before and it will be even.

Some time ago, we saw billboards advertising a military equipment history museum.  They didn't really have a tag line, but I should think it is an obvious choice: "Tanks for the Memories"

It doesn't have to make sense, it just has to be amusing.  If you've stopped at any of the combination convenience store/truck stops in Minnesota, you may have noticed the Cat Scales they have.

My first thought was that these were scales for people to take their little feline friends to get a proper weight for them.  I can see it now:

"SEE!  I told you Fluffy ate the goldfish!  She's a good quarter ounce heavier than she was this morning!"

The second look revealed that these are pretty darned big scales, so that eliminated their use for small cats.  That means people used the scale for their exotic pets:

"Look, that's the second scale operator your tiger has eaten this week.  If you can't control your pet, we just can't weigh it for you anymore."


A third look revealed that these are actually Cat "Certified" Scales.  We believe the Sandman would have been a great scale certifier.

We're not entirely sure what motivated us to come up with this one.  Maybe it was this picture? 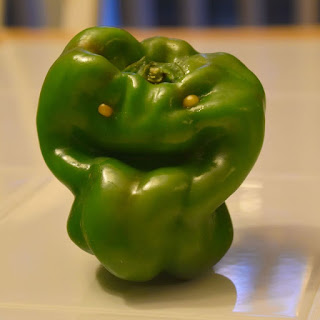 Sometimes things will cause Rob to make up silly song lyrics.  The only goals are to make the words fit the original tune and make it absolutely as silly as possible.

Puffy-cheeks the Magic Goldfish
lived in a bowl
I told you not to flush it
That whirlpool took its toll.


Obviously sung to the tune of "Puff the Magic Dragon"

I hope you enjoyed this Throwback post from 2018.  If you have been paying attention, you might notice that I have been grabbing several posts from that year lately.  Why is that, do you think?

Rather than explain, I'll let you contemplate.  It's more fun that way.

Have a great remainder of your day! 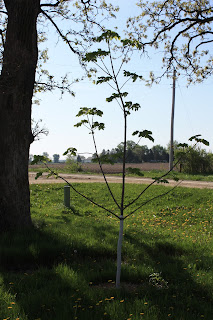