An update from RFs earlier post about the Draft. There is now less draft. Progress over the last few weeks included two new windows in the house, and, to my knowledge, zero cases of frostbite or hypothermia.

However, only a really crazy couple of people would think about putting windows in during freezing weather in December or January. In this case, we thought December worked out ok, so tried again in January. It is cold in January. The house is old. The old house does NOT follow conventional framing techniques. That means it takes a LONG time in the COLD to get a window back in. Many kudos to RF for being brilliant and stubborn (well, once the old was out, the new had to come in somehow - very appropriate for New Year's Day!).

Here are some pics of the first window (no pics were taken of window #2 - it was just too cold...). Before, during and aft 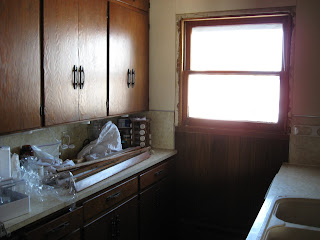 er. Note the skillful use of the hammer! Note also that in the "Before" you can't see out due to the frost, but the after is nice and clear! 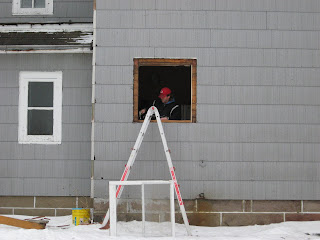 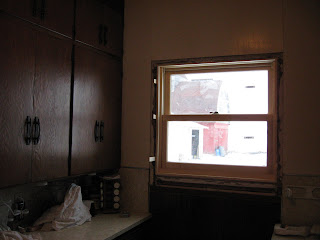