A GFF Year in Review

It's the new year and the ridiculous urge to look at the year in review has come upon me. Why? We don't really know and I'm sure we're all hoping it will go away quickly.

Since it is still in my brain after typing the intro, we shall continue. Our top events/occurrences at the farm this year:

10. The Luddite's electronics
Yes, it's true. We finally got a cell phone in 2008. We added insult to injury by picking up an i-pod as well. The cell phone was, we feel, a necessary addition to stay in contact with customers. The i-pod gives us a chance to hear some music while doing some of the more repetitive farm tasks. And, yes, I still think most people rely overly much on silly gadgets (myself included). 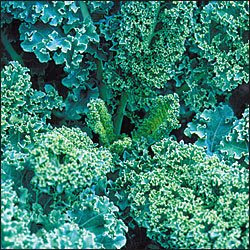 9. What the...kale?
We introduced kale to the farm in 2008 for the first time. We didn't know what to expect from this crop. What a pleasant surprise. It was a great year for kale AND it just so happens that it is pretty tasty and can be included in many meals. And, I suppose I should mention that it is good for you - but we all know that most people don't want what's good for them.

8. Re-tooling
We reinvested in the farm business by purchasing some new tools. Our favorite tool/supply purchases (after a season's use) have got to be the wheel hoe and the

stacking/nesting crates for picking. In most cases, the new tools helped us to work smarter without necessarily adding to our carbon footprint. A good thing for the bottom line this season given the gas prices during the growing season!

7. Open air laboratory
There are always a number of informal bits of research being done on the farm. This year, we had a couple projects that were given a little more attention. GFF participated in a tomato trellising trial in conjunction with two other farms. The year was atypical of most years - so the results were not terribly informative. We also worked with a student who checked on the influence of radish on winter squash. Again, the season halted any significant data collection.

6. CSA and only CSA
In each of our prior years, we have distributed produce via a subscription style CSA and farmers' markets, with additional produce being sold directly to various institutions/restaurants. In August, we became aware of an opportunity to expand the CSA. After a good bit of soul searching, we will not sell produce at farmers' markets in 2009 (we will sell plants early in the season). Instead, we will focus on the CSA with excess being sold to institutions/restaurants. A bold move. But, a good one as it reduces wear and tear on ourselves.

5. Helping Hands
We finally felt we could afford to hire a little more help this season than prior years. Was it worth 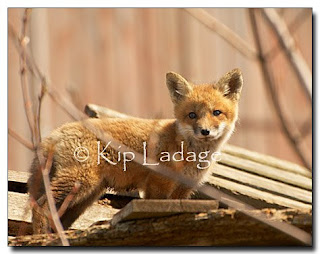 it? Every penny. Thank you to our helpers! It made a difficult season tolerable.

4. Real Foxes
How ironic is it that we actually had a den with fox kits on the farm in the spring? Unfortunately, we can tolerate Faux's in the chicken coop, but not foxes. Happily, they moved on with minimal persuasion.

3. Outstanding in our fields.
We were able to host a Practical Farmers of Iowa field day at our farm in September. It was a rewarding experience for us and provided a chance to share with persons who were interested in trying their hand at a CSA or small veg farm. 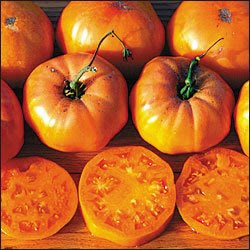 2. We say tomato
And the hits just kept coming. The year was perilously close to a colossal failure. But, the frosts held off and the tomatoes finally ripened. We shattered previous season tomato harvest records by astounding margins. Diversity of crops wins again!

1. Rain, rain and more rain.
But, it was the rain and cold and more rain this spring into early summer that defined the year on the farm. Unlike other areas, we did not flood. But, like most growers in the region, we had trouble with germination, crops rotting in the field and... well... we simply couldn't get into the fields to work them. In general, crops that DID germinate were anywhere from 2 to 6 weeks behind. The heavy rains in August of 2007 and these rains in 2008 was enough to get small veg growers everywhere to question whether the effort was worth it.

But, we are resilient and we will continue. Perhaps next year's number 1 item will be something about bumper crops...

Email ThisBlogThis!Share to TwitterShare to FacebookShare to Pinterest
Labels: Excuse me sir - you appear to be listing, GFF CSA