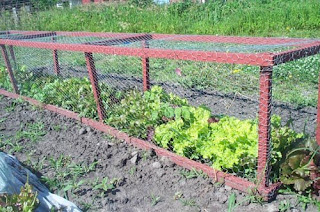 Just a little bit about lettuce today - per the request of a couple of our CSA members! Above is an example of one of the cages we use to try to exclude deer. We don't have nearly enough of these cages - so we lose some to the deer on and off as it is. In this cage is a mix of heirloom variety lettuce that we grew in 2008.

One of R's favorites to grow, harvest and eat. This variety is more heat tolerant than many, so it usually appears in our CSA shares in July and even August. It also grows just fine in the fall, but it tends to have much more red in it at that time and is much more compact. The taste is likely a bit sweeter then as well. Large leaves with a softer texture. Excellent for sandwiches. If it gets a little 'wilty' in the fridge after a week, revive it with a quick soak in cold water. 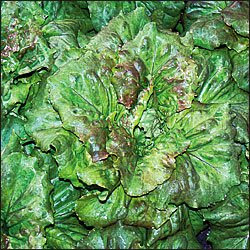 This one is definitely a colder season lettuce. Once the daylight hours get longer and the weather gets warmer, it tends to bolt (send a main stalk and go to seed) quicker than many of our varieties. On the plus side, it is very cold tolerant and doesn't show much damage after overnight freezes. It can be overwintered if covered and is a good candidate for late fall planting for early spring emergence. Very ruffled, light green leaves. Very attractive on sandwiches or salads. Tends to have a 'firmer' texture. 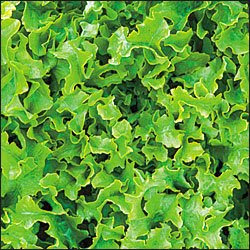 This, and Grandpa Admires, were two of the first heirlooms with which we had early success. We are convinced that Red Salad Bowl is at its absolute best in the fall - though early spring crops are also good. This variety has survived winters under cover and was picked as late as Thanksgiving last year when it was given just a little row cover help. Frilly, deeply notched leaves that make a nice aesthetic companion with Gold Rush in a salad. 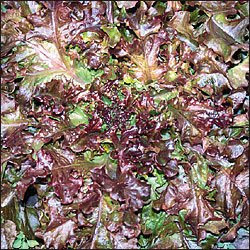 Crispmint is our early/late romaine. It probably could grow well enough in the summer if we needed it, but we have other romaines that handle the warmth better. These produce big (1/2 to 1 lb) heads that are very crisp. CSA members have given a big 'thumbs up' on taste for this variety for two years running. T claims that the leaves get sweeter the closer to the center you get - and like most romaines, that can be ALOT of leaves. A reliable crop, enjoyable pick, impressive to put on the market/CSA table. 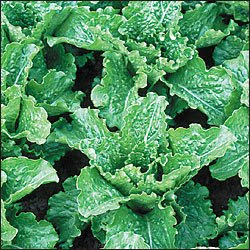 Like most lettuces, Bronze Arrowhead would do well in the cooler months (in fact, we picked many nice heads in late October last year). However, it does tend to handle warmer weather well and it holds in the field (which means you don't have to pick them all at once or they go to seed). That makes this variety one of our early summer (last June/early July, late August/early September) lettuce crops. Nice looseleaf that has varying degrees of red/bronze coloration dependent on the weather during its growth. 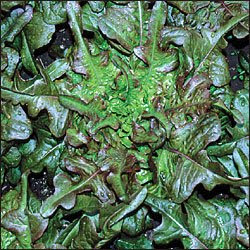 This is one of our summer lettuces that is very slow to bolt and produces very impressive heads* with very large leaves. Soft leaves, generally mild flavor. This, and Grandpa Admires are two lettuces that are fun to grow. They are beautiful to look at, can get some good size (so make sure you transplant with a little extra space - or thin), and if you put transplants in rather than direct seeding, you can get very nice reliable crops.

* note: when we refer to 'heads' of lettuce, we are referring to ONE plant. We are not claiming that the variety is a head lettuce. Most of our varieties are looseleaf, butterhead or romaine - do not confuse with the heads of lettuce that are in the iceberg family. 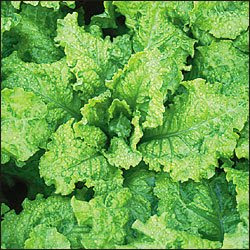 This lettuce is a little harder to describe because it is very different than the rest. The leaves have a spinach like texture - and that texture suggests spinach enough that some people might detect a hint of spinach taste. But, we're not sure if that's inferred or actual. Plants are compact and tough. We're hoping to hear from more people this week how they like this cultivar. So far, it gets enough positives to include it - knowing that everyone has slightly different tastes. The lower leaves have a tendency to get beat up on the stalk, so they are hard to make look attractive on a market table unless you find a way to protect them. But, they always seem to grow through rough periods. Note: don't plant too close or you'll get tall/thin plants that aren't as full as they can or should be. 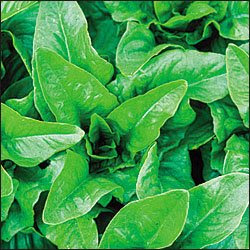 This romaine type lettuce was a late add in 2008 and gave us some excellent production. Our first batch is in the field now and we're anxious to see how it performs this year. Very attractive heads of lettuce with a distinctive romaine taste. 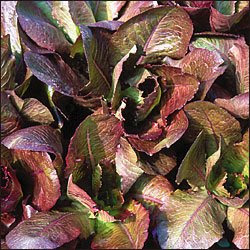 A beautiful spotted leaf romaine that does a great job in the summer months. We also grew Bunte Forrelenschus (a butterhead type) that was spotted leaf - but that variety is not available to us this year. They grow well during the summer - but you do have to watch to make sure they don't show signs of bolting - once they show any sign of it - they're going to go through the bolting process within 24-36 hours. Excellent all-around romaine. 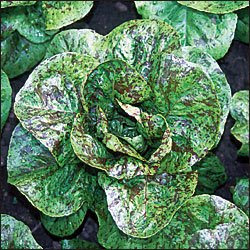