On March 29, 2020, I sat down to write a blog outlining where we were at for our poultry plan for the 2020 growing season.  As I was writing that post, I realized I had our annual, April 1st post coming up and I had a request from someone who wanted to see some current pictures of the farm - which often makes for an easy-to-write blog post.

The pandemic was forcing us all to make changes in our lives.  Many things we had taken for granted were going to be removed from our list of options for some time - especially if we wanted to do our best to care for others.  I was realizing that I had the ability to, perhaps, help people (and myself) a little bit.  So, I had taken to making a daily post in a couple of postal history groups and I was putting out a daily "Gentle Reminder" on social media (there is another grouping of these Gentle Reminders here).

It dawned on me that I had been able to put out a daily blog in a January 2019 blog blitz that several people indicated that they enjoyed.  So, I entered a personal project that has, apparently, not reached its conclusion.  Over 330 blog posts and one year later - the current blog blitz continues. 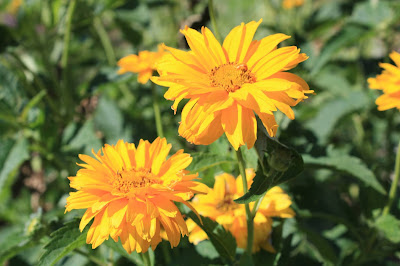 It would be incorrect for me to say that that many blog posts did not take some effort to write.  There were, in fact, several times that I wondered if I had it in me to continue at this pace.  Then, suddenly, I would have five more ideas and they would somehow get done.  Not bad considering my initial goal was to make it through thirty days without missing a day.  I started March 30, 2020 and did not miss a day until July 1 - goal reached and exceeded.

At that point, I figured I would go back to an average of six to twelve posts a month as typically has happened since 2009 on this blog.  But, a strange thing happened and it kept going.

A cynical person might suggest that people, such as myself, who suddenly found themselves producing art, music and writing and sharing them online were doing so for the attention it would bring.  If that were the case for me, I should have stopped quite some time ago - this blog does not receive heavy traffic even after a year of posts.  And, you know what? That's fine because that wasn't my goal in the first place. 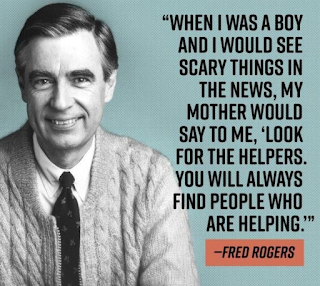 My main motivation was to do what I could to be one of the "helpers," rather than just a bystander - or worse, part of the problem.  So, what could I do?

Well, I'm not an award-winning author, and I won't be mistaken for a professional photographer - but I can do ok.  Most people don't live on a small, diversified farm, so that might drive a little interest and help people get out of a negative loop.  I have knowledge about a few subjects, so I can share some of those things and I have shown ability to help people learn in the past.  So, why not?  Maybe.  Just maybe.  It will help? 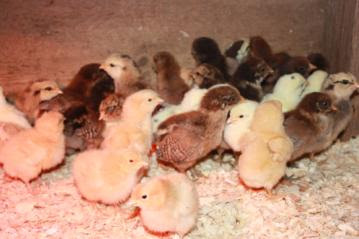 Well, in many ways, this blog blitz turned out to be something that has helped me - even though I intended it to be a helper to others.  It was a relatively safe way for a normally introverted individual to express himself and consider how he felt about some pretty big things happening in the world.  It also gave me a chance to hone writing skills that I would need for my new job with Pesticide Action Network.  I could work out some ideas here before they would get refined for publication there.

As far as helping others?  Well, I get an encouraging word that indicates I have reached at least one person now and again in a positive way.  I am aware that I have family and good friends who will read these blogs semi-regularly and find something that reminds them that I care about them.  Sometimes, I get a response from someone I don't know as well, telling me they got something good out of whatever was shared.  Every once in a while, a post actually reaches 100 views, for whatever reason.

These are all indications to me that there is something of value here.  So, I have continued.  In a way, these are my letters to you to let you know that I am thinking about you and that I wish you well.  In another way, these are letters to myself, to remind me that I care and I want to always do better.  If you happen to make your own lessons from what is here, then fine.  We can ALL do better. 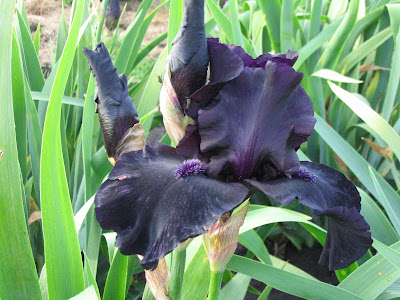 I must admit that I have been very hesitant to start feeling positive that we can move forward from the isolation that the pandemic required from us.  The natural world owes us nothing and it doesn't care whether or not we are tired of being cautious and careful in an effort to keep people healthy and not overwhelm our health professionals.  Viruses will do what they do and they do not necessarily follow guidelines, even if the CDC publishes them.

But, even if we remove some of the limitations on social interactions, I am not certain what it will mean for the Genuine Faux Farm blog.  At this point, I intend for the "blitz" itself to run a natural course.  When it gets to be too much of a chore - or I just don't have ideas to share - or it feels like it isn't serving a purpose anymore - I'll let it go and return to a post or two a week.

It won't mean that I care about everyone any less.  It just means I might be seeking a new way to show that I care.  Or - perhaps the introvert needs to recharge so he can get back at it again.

But for now, I am still enjoying offering up Postal History Sundays and Throwback Thursdays and Veg Variety Saturdays and whatever else I come up with.  If you happen to learn something new or if you just feel a little bit better about something because there is a picture of an iris in the blog post, I'll take it as a win and as something that is worthwhile.