A "year in review" of humor in the blog was started last year, so we thought we'd treat you to the same for this season.  There are two categories.  Line of the Year may appear in any type of post.  Needless to say, it may actually encompass more than one sentence/line.  Hey, it's out blog, we can use whatever rules we want!  Post of the year was selected for the perceived entertainment value.  Of course, entertainment value is subjective.  And, since the farmer and his lovely bride were the only two judges, you can feel free to comment and correct our flawed insight!

If you wish to read any of the posts that have been highlighted here, feel free to take the links provided.

LINE OF THE YEAR - HONORABLE MENTION
...do you think there is a market in "pre-tested" zucchini?  The hardest part would be trying to figure out how to attractively package this product.

What?  I was thinking about zucchini with a bite taken out of each one.  What were you thinking?!?

LINE OF THE YEAR - HONORABLE MENTION
The confusing part - what's an eight year old doing thinking he's being taunted about urine testing?  Is it possible he was worried about the spate of PED's in playground dodgeball?

From An Earful or Just a Full Ear from August 16

LINE OF THE YEAR - HONORABLE MENTION
Subject appears to have limited language ability.  Has attempted to respond to "crowd gobbles."  Enunciation is terrible.

From Uncovered Documents from Ima Turkey from December 3


LINE OF THE YEAR - HONORABLE MENTION
You are part of the Rebel Alliance and a traitor. Take him away!

From If This Doesn't Require a Caption... from March 14

LINE OF THE YEAR - RUNNER UP
So, I grabbed a cat and rubbed it around for a while on the inside of the truck... at least it was getting attention.

From One of THOSE Days - October 16

LINE OF THE YEAR:
The dump truck for M Van Winkle Construction looked like it hadn't moved in quite a while.

From Stream of Conscious Traveling - January 7

From One of THOSE Days - October 16


POST OF THE YEAR - HONORABLE MENTION
On the other hand, sales of baby swordfish are strictly regulated.  Persons who have a history of using voodoo dolls or those who failed their Ankare Management courses would not be able to make purchases.
From Don't Mess With Tradition - April 2

POST OF THE YEAR - HONORABLE MENTION
gutter ball - roll a snowball and one kitten runs to YOU to be given attention and the other one cleans herself...

POST OF THE YEAR - HONORABLE MENTION
It wasn't until many years later that the blight that caused the crop failure was discovered.
From No Eggplant for You - December 5


POST OF THE YEAR - HONORABLE MENTION
It said, "You're ok, if you slip, you just open your wings and fly."

The farmers did not find this at all helpful.

From Falls in Winter  - December 2


POST OF THE YEAR - RUNNER UP
We have noisy neighbors.  They're kind of weird, "Almost a Turkeys".

From The World According to Jake - October 29 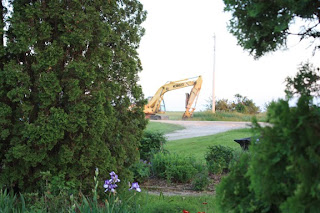 POST OF THE YEAR
Now the farmers, workers, cats, chickens, ducks, turkeys and earthworms understood how the HAAAACK got its name.  None of them were pleased to have learned this.

Email ThisBlogThis!Share to TwitterShare to FacebookShare to Pinterest
Labels: Excuse me sir - you appear to be listing