Something I said to Tammy a couple of days ago just might be the turning point we need on the farm for this season.  I said something to the effect of, "I'm not letting this season beat me.  We're going to come back next year.  And, if we're tired of farming after that, or we can't figure out how to turn this around, we'll know we gave it our best shot and I can be content that we did what we could." 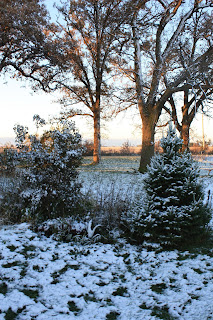 A couple of posts prior to this one on the blog found us feeling a bit less certain about our future at the Genuine Faux Farm.  You can certainly find similar sentiment at various points since we started this blog post in 2008.  After all, farming is very much a bit of a roller coaster ride all by itself.  If we were to portray it as anything other than that, you would receive an inaccurate picture and I think that would be a mistake.  We put many of our posts out here because we want to facilitate learning.  If we were to paint a picture of perfection, it would be a lie and if we paint a picture of abject misery and failure all the time it would be a sign that our lives need a new direction.

It Stopped Raining
The first thing that significantly helped me to think more positively was the appearance of the sun.  It is absolutely amazing how long we went without seeing it AT ALL.  On the other hand, it is interesting how Mother Nature decided to terminate that cycle of dreary and wet days.

Yes.  It decided to snow.  The official reading was one inch in Tripoli.  The first full inch of snow is more typical of mid-November than mid-October.  But, given the history of 2018's weather, it actually seems appropriate.  I was actually predicting that we would have a Halloween snowstorm, but I think this actually qualifies well enough.  I just had the feeling that some early snow was going to happen - and there it was last Sunday.

Fall Crops Are Historically Our Strong Suit
I took a couple of moments to remind myself that August through October is typically high time for crops and crop variety on our farm.  Yes, it is true that the Summer crops quickly dwindle in September (cucumbers, zucchini, melons).  But, we've also used our high tunnels to good effect to extend tomatoes, peppers and green beans most seasons.  Broccoli and cauliflower are often wearing their best clothing for us at this time.

In fact, our September CSA shares were actually still quite strong this season.  But, we saw how things were shaking out with the weather and we have seen significant losses.  October has been (and will continue to be) uncharacteristically weak for us.  And that is the key.  This is NOT normal for our farm.  And that is one reason to have hope for the future.

Better Results Are Only a Year Away
Last year was not our best season on the farm, though it did have a number of highlights.  We broke long standing farm records for broccoli, cauliflower and cabbage.  We also set shorter-term records for things like cherry tomatoes and turnips.  Other crops did more poorly than usual (cucumbers and melons to name a couple) and we had continuing issues with chemicals and normal issues with weather and life as usual.
The point here is that we can have another chance at this if we want it and better results have occurred as recently as last year.  For that matter, we had better results for some crops THIS year.  We've just been so overwhelmed with the difficulties the wet weather has presented us that we have trouble seeing that many of the tomatoes were looking pretty good up until the point things got wet in mid-August.  The broccoli was doing pretty well and we did harvest many beautiful heads of broccoli this season.  The sunflowers looked great, as did the zinnias.  And the apples?  They were fantastic.

It Isn't Because We Don't Know What We're Doing
Ok.  Ok.  You could argue that we don't know what we're doing if you don't agree with what we're doing.  That's fine.  In fact, I frequently criticize myself for how things end up getting done (or not getting done) each and every season.  But, we do have documentary proof that our techniques continue to evolve as we learn and that they have resulted in some decent results at least once in a while.
What we need to recognize is that the game rules keep changing.  There has always been seasonal weather variability.  There have been droughts and floods, cold snaps and heat waves, etc etc.  It's the human tendency to want to shape, mold and control everything that is actually leading to more, not fewer variables for farming operations such as ours.  I believe that most people who work on the land have recognized for generations that humans can create micro-climates with things as simple as a hedge row.  It shouldn't be much of a stretch to recognize that billions of human beings living on this planet at the same time are going to be able to impact global weather patterns.

The point here is that between issues created by a changing climate and issues created by alterations in chemical applications by agribusiness, there are some harsh realities that growers are going to have to face.  One such reality is that we will continue to see an increase in lost crops every season.  Happily, a farm such as ours is able to replant many of our crops until the window opens up for a crop to be successful.  We just need to set ourselves up to be even more willing to terminate failures and try again.  We've had success before, we can have success again.  We just have to persist.

Building Confidence for Future Success
It is tempting to think that someone who has done something since 2005 has no need to build confidence.  After all, if our farm is still going in 2018, we must have had some success and surely there is no self-doubt. 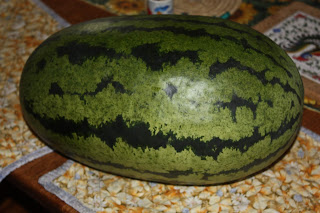 This is where I think humans often err.  We have this tendency to believe that any business, organization or service that has been around for five or more years has been around "forever" and we forget that while they might have more stability than newer groups, they still have struggles.  One struggle that is specific to farms like ours is the realization that there isn't really a magical point in time where it all "gets easy."  If you are doing things right (in my opinion) may parts of farming "get easier," but a good farm is one that is perpetually looking to improve.  And improvement is hard.

A season like this one, however, is more than just the trials of struggling to improve.  This one was a gut check that shook even the parts of the farm that we felt had 'gotten easier' for us.  That is why we are taking time now to plan for 2019 before the lessons of 2018 have any chance to fade.  It is also why we are looking to prior success to build confidence that we can do again what we have done in the past with one difference.

Email ThisBlogThis!Share to TwitterShare to FacebookShare to Pinterest
Labels: dangerous pastime, Look in the Mirror