Don't Be the Irritant

We all have our pet peeves - things that just bother us for a good reason or no reason at all.  And, many of us have a tendency to observe and even point out the bad habits we have seen in others.  It's almost a sickness of a sort - it's like we take a certain amount of glee in the fact that we can find fault with another individual.

Ok, that's not always true.  Sometimes there are things that people do that are very upsetting or extremely annoying.  There are times when another person can really push the buttons that can make another pretty unhappy and uncomfortable.  It can be bad enough to ruin someone's day.

I admit that there are attitudes and actions that can really make me angry, or depressed, or ... well, pick an unhappy emotion.  I am just as prone to this as anyone else in the room.... that includes you.  Yes, you! 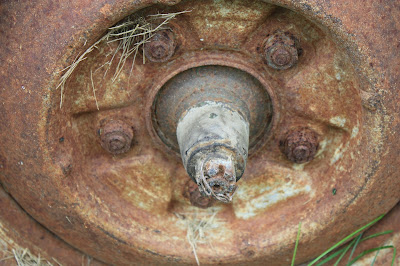 I fully realize that my negative response to something that bothers me only gives that action or that attitude even more power over me and how I go about living my life.  It would be tempting to tell myself that the best thing I could do would be to find a way to ignore these things that bother me so much.  The logic is that I would take away their power over me - probably a good thing.  And, this is something I can control.  I am in charge of my own response to what someone else does or says.

But, finding a way to ignore or avoid something is too simple and not a good enough answer, in my opinion - which explains why I get into trouble with myself so often.

I do agree that I can and should control my own reaction to things that bother me.  On the other hand, I do believe that there are times when ignoring and avoiding will not improve the situation any.  That's especially true when I suspect that the thing that annoys and bothers me may also be causing problems for other people too. 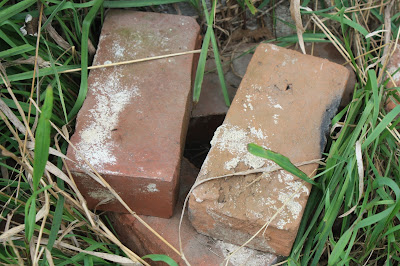 Many years ago, in a mathematics class far, far away, I had a student who would chew and smack their gum loudly through the entire class.  I did not care for it, but I could handle it.  On the other hand, I had some students that  COULD... NOT.... STAND.... IT!  These people would shoot murderous looks at the "gum smacker" and they eschewed the chewer whenever they had a chance.

Not one of them actually approached the individual to say anything and none asked me to do something (as the instructor) about it.  However, since I was not entirely deaf and blind to what happened in my classroom, I did talk to this individual (carefully) about what they were doing.

They had NO idea they were even chewing loudly.  They simply did not hear it.

To make a long story less long.  We came up with a hand signal I could give them to let them know they were falling into their bad habit.  After a couple of weeks, there wasn't a problem...  Well...  for the most part it did get better.  It certainly wasn't perfect.

My point?  Ignoring something simply means you might be missing some way to make things better.

On the other hand, there are certainly times, places and people where you might not be able to make a difference.  So, I say again.  You can control your own response, even if you can't change what is bothering you.  If your response has to be removing yourself from the situation, so be it!  Just consider whether it really is the best response.

And, maybe we should take a look in the mirror and consider the things we do that might irritate others - and maybe work to NOT be the irritant that we often believe everyone ELSE to be.  We can control that too.

We can also control how we react when someone confronts us with words we said that hurt them.  We can work to understand why they were hurtful and try to change what we say or the way we say them.

We can listen when someone tells us our actions have been frustrating, or annoying... or whatever.  And we can consider whether we can do anything about it.  We can at least take some part in trying to improve the situation.

Just a suggestion - don't be the irritant.  Maybe then, you can find a way to be less irritated yourself.

Email ThisBlogThis!Share to TwitterShare to FacebookShare to Pinterest
Labels: dangerous pastime, I AM a protester