How Are We Doing Now?

The last time we addressed the "How are we doing" question was in late April.  It seemed like that post got a bit more attention than many of our posts.  I am not terribly surprised because I do believe most people prefer something that feels a bit more personal.  So, here we are - stepping out again to give you all an update about the Genuine Faux Farmers... 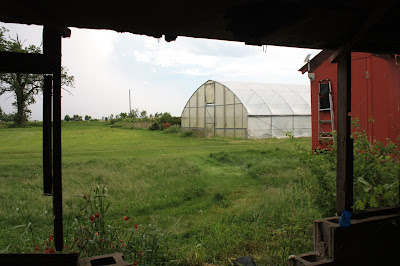 Adjusting to Permanent Adjustment
I realize life is, to a large extent, just a series of changes.  So, you would think we would be able to handle it better than we do.

But, I believe we need to recognize the scale and importance of what has been ongoing for us personally and for the communities with which we are involved.  A new job for anyone is a pretty big deal and Rob's new job with Pesticide Action Network has been a major shift in what we do at the farm.  We need to remind ourselves (and others) that this job has been a reality for only eight weeks (roughly).  In the grand scheme of things, that is not very long and I think it still qualifies as a new thing that is going to take some additional energy.  On the other hand, as I (and others) expected, my transition to being a productive member at PAN has gone quickly.  The days that I am unsure of my purpose with this team are much fewer than those where I have a good idea of what my role and tasks are.  This is great, but it would be a bad idea for me to assume that the transition is complete - because it isn't.

Tammy managed to survive May Term with Wartburg College.  The class she led was difficult because it was designed to be an experiential, hands-on course that had to be altered to an online model.  At the same time, the faculty and staff at the college have been grappling with how they must adjust and address the reality of a continuing pandemic.  As is always the case, it is easiest to fall back on the previous approaches.  But, I see evidence that there are some motivated people that want to move forward and become better than what they have been.  It is hard and often frustrating work, especially when there are many people who care so strongly and have their own ideas of what is best.  Good things aren't always easy.

All in all, it sounds like a microcosm of what we are all dealing with in today's world.  We have an amazing opportunity to be better than we are right now.  It's just ... hard. 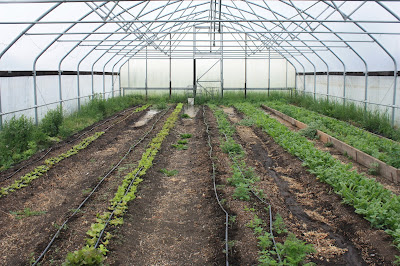 How Is the Farm Doing?
The short answer is that we are struggling a bit right now.

It is early June, so this is not necessarily a new thing.  This is always a difficult time and we often have trouble with too much water on our farm.  But, let's just trot out some of the new adjustments to make it clear why this is exceptional for us:
The big thing right now is that our fields are, once again, too wet to work.  And, we just didn't have the stamina to get it "ALL" done prior to the rains.  It didn't help that we had some of the warmest weather of the year this past week.   In other words, we're not sure we'll be able to get it all done.  Ok.  We never get it all done.  We are not even sure we can get ENOUGH done.

Let's think about it a bit.  Normally, we have anywhere from two to five different groups of people who come out to the farm for service days, or tour/work days, etc.  With the pandemic raging, we have had none of those.  Last Spring we had a couple of people come out and volunteer a few hours a week.  As recently as two years ago, we had three people working during the summer months anywhere from 2 to 5 days a week each.

We're trying to make all kinds of adjustments to make this work.  It only makes sense that we are not going to get it together without some difficulties.  We'll keep plugging along and see where it all lands.  Removing the CSA was an excellent answer because we don't have to put out a full assortment of veggies every week to fulfill that obligation.  But, we still want to get some of our crops in and going so we do have great produce available for people. 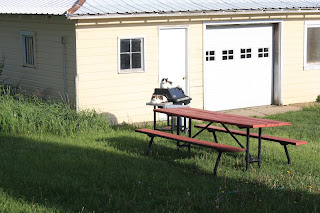 And the farmers?
While we are dealing with many of the things everyone else is right now, we do have some advantages.  We live on the farm and have some space and we don't have to worry too much about daily contact with others.  Rob has already been working on the farm for several years, so no big change there.  We also seem to like each other and we do enjoy doing things together.  We take time to play board games, read books and talk with each other.  We have accomplished a great deal over the past couple of years and we can show plenty of progress in recent months.

Like so many other people, we are also feeling separation from others.  We are distressed by recent events and we worry for people who are being hurt right now.  We are finding that both of us have a need to speak out more than maybe we have in the past.  As an introvert, that process can be draining.  As a human-being who wants to be understanding, caring, accurate, etc.    It can be hard when you also realize fully how little you actually know - yet you know you need to participate to make things better.  It hurts even more when it seems as if there are a whole lot of people on ALL sides that seem to think they've got it all figured out - and heaven help you if you don't land exactly where they do.  And there is so much anger.  And fear.  And frustration.  We've all got so far to go - but the journey we are undertaking has the potential to be one of the greatest the human race has seen.  No pressure, but let's not mess this up.

I'm not sure I've answered the initial question.  So how are we doing?

We had not put a screen back on a window of the house after using that window to go out and do work on the siding this Winter.  A Yellow-billed Cuckoo slammed into that window and died just yesterday.  I was in the process of closing up the house as the day warmed.  We've never seen this bird on the farm before this (we had just identified him the day before).  If I had just taken time to put that screen in earlier, perhaps that bird would still be alive.  That's all it took to make me feel like I had failed - at everything.

Our emotions and our feelings of worth are more on the surface than they usually are.  We tell ourselves to toughen up, but maybe that's the wrong idea.  Perhaps we should be feeling these things more.  The key is not to toughen up, but to keep moving in hopes that we can make more things right than we make wrong.