Becoming What You Were Meant To Be

A seed is the carrier of a pattern that is followed as that seed germinates, becomes a seedling and then grows into a plant.  That plant, in turn, produces seed that carry a similar pattern - perpetuating the life of that particular type of plant.

As a grower, I rely on the patterns carried by those seeds.  Because it would be those patterns I am counting on to produce the fruits and leaves that we end up eating.

Sometimes, it becomes clear that there is a flaw in the design being carried by a particular seed.  We have had instances where the seed stock was contaminated by cross-pollination.  For example, we had a tomato variety that we had relied up on for years to give us big, round yellow tomatoes.  Suddenly, they weren't available from nearly all seed companies except one.  We went with that seed company and planted some of the seed.  The plants that grew produced tiny, thin skinned yellow tomatoes that had no taste whatsoever.  Apparently, this particular variety was not being maintained in terribly many locations.  So, if one seed stock was tainted, it became likely that the entire variety could become extinct.  In fact, it seems likely that this one is gone for good.  Alas for Golden Sunray.  I hold out hope that some storage stock exists, but I never seem to find the time to hunt it down and find out. 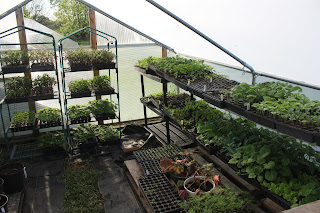 My original point still is that there exist patterns for things that could be fulfilled or.. not fulfilled.  Or perhaps a better way of looking at it is that the patterns in life are so complex that we may not be capable of determining for ourselves what it means for a pattern to be fulfilled or not.  And, when you take into consideration the conditions in which something grows and develops, you begin to realize that there are ways that the original pattern can be altered - both for the good and the bad. 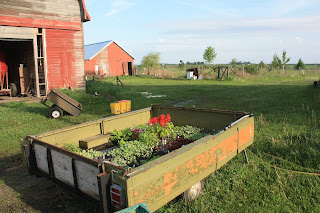 So, what were we meant to be?

At least that is the pattern I want to believe was intended for us.

Yet, we put a knee on the neck of another human being until they die because we wield more power than they do.
We decide that it is ok to take guns to the capitol and threaten others because we don't agree with something that is being done.
We're willing to accept a "few deaths" for workers because it is important that those businesses 'keep going' without really addressing the reasons for the spread of illness or increased risk of injury.
Apparently it is ok to break the law if you have money and the right connections, but it is not ok to be someone with little money or influence - whether you are breaking a law or not.  And heaven help you if you are in the United States and you do not happen to be a white male.
We love to jump to conclusions before the facts are revealed so we can score points with the people in 'our camp' who cheer us on - until, of course, we stumble - then everyone else can jump to conclusions and destroy us.
We mock others who are not like us, but cry foul when we are mocked - or worse yet, when we are challenged.
We'll listen to one person and dismiss what they say and accept the same words from another because they are a certain gender, race, ethnicity, religion, etc etc...  And, we'll fail to recognize that we are doing it.

We're flawed and we're not becoming who we were meant to be.

At least that is what it feels like to me right now.  But, I still hold out hope that the flames we are in might help us to see our way to the forms we should have.  And maybe we can all do something right now to alter the path of what we are becoming.
Posted by Rob Faux at 5:30 AM