We've figured it out.  The turkeys are plotting to take over the farm ... and then the world.


I was asked several times over the past couple of days how our turklets are doing on the farm this year.  Our response has been that this is the most mellow bunch of baby turkeys we have EVER had.  Of course, they DID make a good deal of noise when they were still in the shipping boxes.  And some of them kept trying to hop back INTO the shipping boxes.  But, once we got them settled in the brooder room and put the lid on their brooder area to keep the heat in....

It doesn't seem to matter what time of day we visit.  Move the lid, the birds look up at you as if to say,
"Oh.  Hello.  It's you."  Then they just go about relaxing and chilling as if nothing has changed.

They are healthy and they appear to be happy.

I have noticed a few of the birds insist on making it look like they were napping when I go into the room.  With other flocks, those birds tend to at least be mildly startled when we move the lid.  These birds?   They almost remind me of kids who are trying to act like they are asleep when the adult comes in to check on them.

I am beginning to wonder if they are pretending to be sleepy so they have an excuse not to get up and move.

Why?  Because they are hiding plans.  Secret plans in baby turklet code that would be revealed if they stood up!  And once we leave, they get right back to work...

Jake: "Is he gone now?"
Lookout Bird: "Yep, looks like he's heading out to the hens."
Tom: "Cool!  So, let's talk about the idea Jenny had earlier."
Jenny: "If we could only get access to a wheelbarrow and a holocaust cloak..."
Jake: "Where did I put that wheelbarrow?" 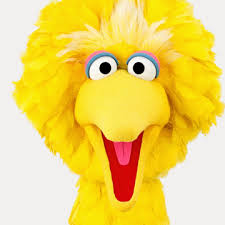 The rest of you should thank us for taking this crew on.  I now have a good idea why they were trying to get back into the shipping boxes.  The original plans they had for taking over the world were foiled when the postal service failed to recognize the change of address they attempted to scratch into the label as they traveled.   Our farm was not their intended destination.  It turns out that these birds must have had access to public television at some point in time because we have deciphered the scratches on the box and they wanted to be delivered to...

We suspect they were trying to make contact with Big Bird.

Who knows what would have happened if they had accomplished this?

Stay tuned, I just might be able to find out.
Posted by Rob Faux at 5:30 AM