"[E]veryone tells a story about themselves inside their own head.  Always.  All the time.  That story makes you what you are.  We build ourselves out of that story."

Bast to Chronicler in "Name of the Wind" by Patrick Rothfuss. 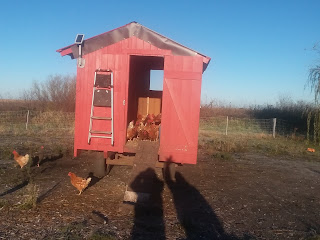 I distinctly remember a moment in time when I was working on my doctoral thesis that I realized that my story - the one I told myself - had just changed.  I am not sure if there was a particular driving event, but I simply understood that I was no longer an individual who wanted to achieve completion of a PhD.  Instead, I knew I was a person who had earned that PhD and it was simply a matter of dotting i's and crossing t's from that point forward.

It was also at that time that I realized that many doctoral committees are simply waiting for the student to come to this conclusion.  Once a student begins to identify as someone who belongs in the group of people who have moved on to the 'next step,' then it is time to facilitate moving to that next step.

Of course, the transition from student to academic with an earned degree wasn't instantaneous as that.  There were still days that I told myself a story of uncertainty.  Was I just an imposter trying to be something and somebody else?    But, over time, the story gained clarity and I became someone who belonged, more or less, in academia.  I say "more or less" because part of my story I told myself was that there were some traits attributed to academics that I didn't want applied to me.  So, I told myself a story of how I was 'my own kind' of academic.  I also say "more or less" because, like most people, there were plenty of moments where I still thought this all must be some sort of colossal mistake... 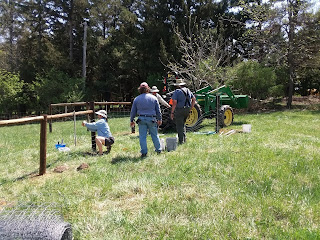 When we moved to the Genuine Faux Farm, I had to adjust the story I told myself.  I was an academic waiting for the opportunity that was certain to come along.  In the meantime, I adjusted my story to begin re-inserting parts of myself that had 'gone on vacation' while I concentrated whole-heartedly to complete my education.  I also introduced new ideas and new concepts into my story.

Eventually, I became "Farmer Rob."  Once again, there was plenty of learning to do.  There were numerous occasions where I was not sure I was anything better than an imposter.  But, there came a moment when I knew that the Farmer Rob story was, in fact, who I was.  I belonged, more or less, in a community of people who worked hard to grow food for others.

Before you get the wrong idea, let me make it clear that a strong story does not mean there aren't moments of self-doubt and uncertainty.  That's simply part of my story of being human and imperfect.  This subplot is what keeps me looking to learn - keeps me questioning and pushing to do better - no matter what the rest of the plot for the story is. 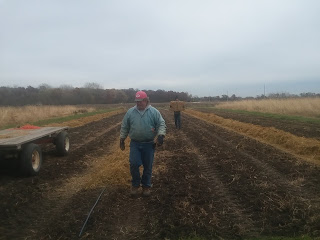 Apparently, I am still building my story - the one that tells me who I am.  I've worked so hard at building Farmer Rob over the past sixteen years that it is a little disconcerting for me to consider that I might not be Farmer Rob in the future.  For the time being, at least, I am still Farmer Rob - just a different version of the same person.  We believe there is some sort of farming in our future next year and, perhaps, years to come.  It is just highly likely to be different than it has been up to this point.

Email ThisBlogThis!Share to TwitterShare to FacebookShare to Pinterest
Labels: before and after, dangerous pastime, Foresight 2020