More Music I Am Glad I Didn't Miss

Last month I put out a post highlighting some music I was glad I have had the opportunity to acquire and listen to.  Briefly - I like to create my own playlists of music and I typically make a new playlist each month.  While I do not play that list exclusively during the days that follow, the new list does get the majority of the playing time.  As I make each list, I often revisit an album that makes me think "Wow!  I am glad I found that one!"

Here are some albums that got my attention this time around: 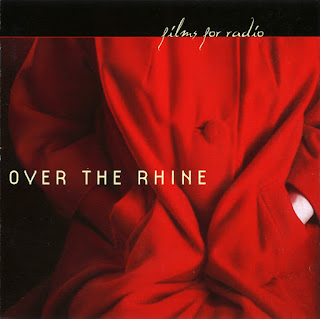 Over the Rhine - Films for Radio

When artists have long careers with a plethora of great music, it is surprisingly easy for one or more of their efforts to be overlooked.  Over the Rhine is an excellent example of this phenomenon.  Films for Radio came out in 2001, a point in time where, for whatever reason, I was not purchasing much new music.  I actually finally picked this one up seven or eight years after its initial release as a part of an attempt to find things I HAD missed.

You can guess what happened next - I had too much new music at one time and did not really appreciate everything until later.  And, Films for Radio keeps growing on me - one song at a time.  Over the Rhine is one of those groups that show how good they are when you put one of their songs in a playlist and you are reminded by comparison.  Excellent lyrics, interesting musical choices and engaging songs.  I continue to explore this album, gaining appreciation each time I do. 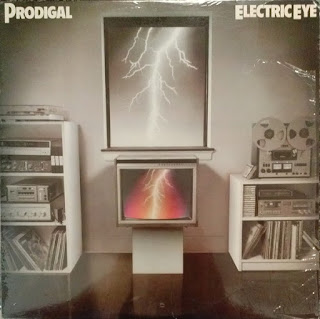 Prodigal was one of my 'discoveries' for what music could be while I was in college.  It didn't hurt that Electric Eye had a cool album cover.  (yes, I admit that the album art could sometimes sway me then)  This was another of the albums I listened to from beginning to end frequently.

I did not do that with Electric Eye.  I always started at the beginning and ended at the end.  It was worth the time invested each time.  The hard part now, of course, is that I want to put some of the songs here on a play list.  While they might work, I have been programmed to the album order of these songs.  It still jars me to hears something different than what should be the next song on the album.  That is a small problem to have - especially after all the hours of enjoyment this music has brought me. 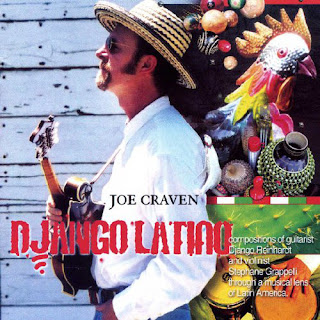 The Allison Brown Quartet came to Wartburg several years ago and Joe Craven was part of the concert.  After a very enjoyable event, we visited the 'merch table' and picked up a couple of discs, with some help from the person staffing the booth.  I had already heard of (and heard some of) Allison Brown, but Joe Craven was new to me.  In fact, much of the music style on this album is different from what I tended to listen to.  That usually translates to fewer chances to grab my attention - whether that is fair or not.

Django Latino is an album that I would play and go about whatever it was I was doing.  It did not grab my attention so much as it insinuated itself into my brain.  This was a great way to introduce someone like me to the music initially created by Django Reinhardt and Stephane Grapelli, making it, perhaps, a little more accessible to my existing tastes without forsaking the original intent of the compositions.  And, it does not escape my notice that Joe Craven seems to be able to play practically any instrument well.

If we had not gone to that concert.... If we had not listened to the individual staffing the booth...  We would have missed something truly worthwhile. 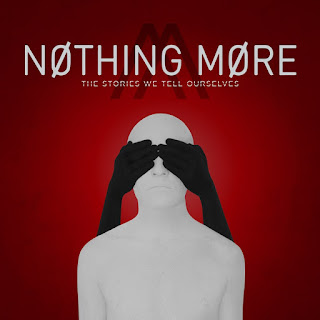 N0thing More - The Stories We Tell Ourselves

There is screaming amongst the earnest vocals.  There are grinding guitars and hard rock radio friendly sounds throughout.  And, amidst it all is a great deal of lyrical depth and emotion that can run you all of the way from despair to hope.

I think I appreciate The Stories We Tell Ourselves the because it threads the needle between complexity and accessibility extremely well.  The issue I must consider is that I routinely have music playing while I am doing farm work or office work.  While I appreciate complexities and interesting lyrics, they cannot demand my attention constantly for me to enjoy listening to them - there need to be lyrical and musical interludes or repetitions that keep the music part of the brain happy while the working part can do its job without being too distracted.  I can still enjoy songs and albums that don't do this, but they rarely get played because I rarely sit down to just listen to music anymore (a sad, but true, statement).

Over time, this album by N0thing M0re has continued to grow on me and I keep picking up nuances - a sure fire way to keep me listening and putting songs into my playlists.  But, perhaps even more important - this work has encouraged me to think.  A dangerous pastime, I know, but worthwhile, nonetheless. 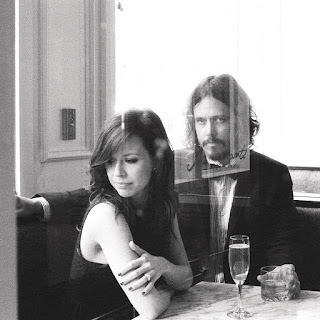 Welcome to the world of dynamics.  Some people point to lovely vocals and harmonies or the connections to roots music when they talk about this album.  Beautiful and sometimes haunting lyrics and melodies are all a part of an excellent piece of work.  But, in my opinion, it is the use of dynamics that raises Barton Hollow to a level that makes it special.

This is music I am glad I didn't miss because I would not have sought this particular work out if it weren't for an endorsement by another artist I appreciate (Charlie Peacock - producer of this album).  In fact, after hearing a few snippets, I recognized it was a quality work, but I was not sure it was what I wanted to listen to at the time.  I opted not to pick it up initially.  And, in fact, I passed on it a second time.  That's not a good sign.

But, I did pick it up.  And it is ridiculously good.  Just remember the split attention thing I mentioned above - I have to sprinkle my playlists with songs from this album because they do demand your attention.