"You're so quiet.  I can't believe you don't say anything.  I mean, how can you be so quiet?  I almost forgot you were there!"  exclaimed one of the members of our group as we walked from rehearsal to a quick lunch at a local sub shop.  In response, I just shrugged my shoulders. 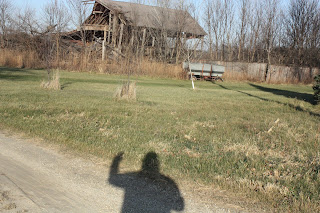 It was actually a pretty good question coming from a person who was far more outgoing than I ever would be.  Unlike so many other folks who were extroverted in high school, this individual actually seemed to be truly curious - with a bit of actual concern thrown in for good measure.  I am sure, from their perspective, that my presence in the group was a bit confusing.  He's with us, but he doesn't seem to be with us because he doesn't say much of anything.

What were they to make of that?

It was not uncommon for me to play some baseball with a couple of other friends on a regular basis in junior high.  Essentially one person would pitch and one would hit.  And if you had one or two others, they would chase down whatever was hit.

It was a familiar place and a familiar activity.  I usually had some connection with the others who played, but it wasn't necessary - it was baseball!

One day, when I was the 'fielder,' I yelled encouragement, jokes, and good-natured ribbing at the other two participants.  Of those two people, one was a very good friend who knew me well - it didn't seem odd to him.  The other was a ... well... distant friend?  So, he did not know me all that well.

After we called a break to hunt for a baseball that had gone into the tall grass, he gave me an odd look and said, "What's with you?  You NEVER talk that much."

I just shrugged my shoulders and found the missing baseball. 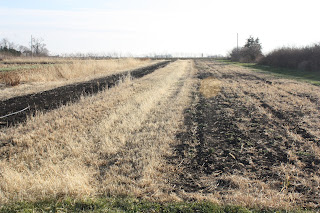 Say What You Mean

The high school class was U.S. Government and the teacher, someone I had come to respect, was trying to get students in this required class to provide some opinions about a particular topic.

It was high school, so there was very little volunteered discussion and most of the answers were filled with "ums and ers" and very few had much substance beyond the basics.  Per the norm, I didn't volunteer.  But, I did answer when called upon.

I gave a concise four-sentence answer that expressed what I understood about the question at hand and then ... stopped.

A girl next to me who could be described as extremely outgoing and very talkative looked at me and said, "Holy crap!"

It wasn't because I was quiet that she commented - it was because the quiet individual just encapsulated an entire, relatively complex, position in a compact paragraph.  I understood her meaning because I had seen the look that went with her words before.

I gave her a quick look and a small shrug.

I was leading a discussion-based class that focused on morality, ethics and science as a professor of computer science.  As was always the case in every group of people, there were talkers and there were 'quiet folks.'  Some of the quiet folks might have been quiet because they were lost, tired or unwilling/uninterested in participating.  But, there were also the quiet listeners and thinkers.  The ones who might suddenly erupt and cause everyone else to say "holy crap!"

After a few weeks of class, I talked about the spectrum of people with respect to introversion and extroversion.  And, I asked them what they thought I was.  The general response was that I must be an extrovert.  Until one of the quiet students broke out of her silence and said - "You are working hard to be an extrovert because it is your job to to be one right now. And you don't have office hours right after your last class so you can recover." 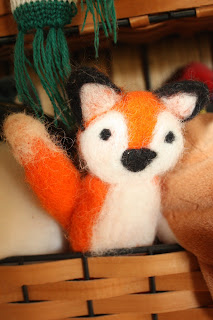 Not every person who tends towards introversion behaves the same way or likes the same things and not every quiet person appears to be an introvert all the time.  In fact, some quiet people can really get going when they are with someone they know well and trust.  And, they can often do well when their role calls for being more open and expressive.

Anyway, there are some things that seem to be true for most of us - I can't be sure of this, because we don't talk together to compare notes ( Hey.  That was an 'introvert joke.'  If you are an introvert you may now indulge in a quiet inner smile.  If you are not, you may continue to be confused.)

The quiet people aren't always sure about the purpose of small talk and they often spend more time listening than they speak.  In fact, you might be surprised how much they listen and how often they take what you might think is a 'throw away' comment to heart.  Sometimes they nurture the wrong things for far too long and it festers.  Some quiet people can almost 'bleed out' in front of your eyes when something hits too close to home.  At other times, they can take the glow of an implied compliment and fan it into an inferno.  You won't necessarily know its happening, because they won't advertise.  Just trust me that it does happen.

The quiet people don't always want to be alone.  They often value companionship as much, but differently, than other people do.  One difference is that they don't always want to experience the stress of interaction for interaction's sake.  Add a little purpose - like a board game, or a volleyball match - and it can work pretty well.  Put them in a large gathering and they won't feel comfortable enough to talk much until it's time to go and they can help put some things away (assuming they lasted that long).  Sometimes, the quiet person just wants to be in the room where it is all happening, preferably accompanied by a special person or two who won't completely abandon them to the 'heathen extroverts' cavorting about the place!  (and sometimes they just want to get out of that place and go read a book!)

The quiet people take solace in conversations that have a predetermined purpose.  And sometimes, the quiet people write words - because they know others who want to read them will - and those who tire of them can move on.