Didn't Know We Needed It

I am going out on a limb here - but I am guessing that most people can think of a time when someone did something nice... or something positive happened... and it really made a huge impression on you because it was apparently something you really needed.   In fact, it was just last Spring that I wrote about a couple of kindnesses that brought people to tears.  Apparently, those small acts I offered up meant more than I thought.

Well, we've had a few such occurrences over the past week or so - except the direction was reversed this time around.  We were the recipients rather than the givers. 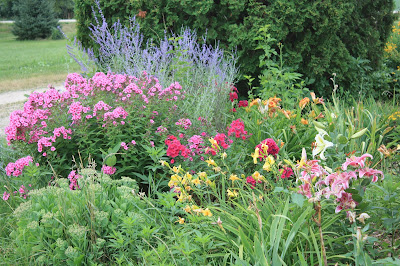 The Practical Farmers of Iowa annual conference was last Thursday through Saturday.  It was, of course, a 'virtual' conference using some of the new web software that the pandemic has added value to in recent months.  Both Tammy and I had short "lightning talks" to give on Friday morning.  Hers was on raising turkeys and mine was on finding places to put support for pollinators into a farming operation.  They were eight minute talks - one after another.  So, there really wasn't any time for interaction or questions.  You present, then the next one presents, then the next.

It's not that the concept was a bad idea - it was just fine.  But, you're talking and you're not seeing any audience and getting no response.  It can feel a little like you're just pretending that people are listening to you.  It's the land of Make Believe and you're wondering if King Friday is going to show up, or maybe Daniel the Tiger.

And perhaps that is why I was really tuned in when others talked.  Is it possible that the shortcomings of this sort of interaction heightened my awareness as I looked for any kind of feedback?  Or are we just starved for positive connections? 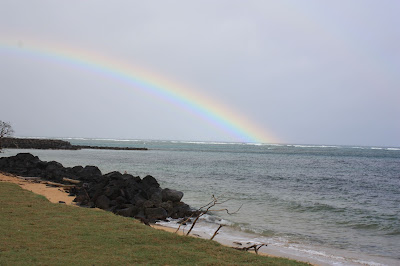 Before we got started someone made a comment that the picture of baby turkeys on Tammy's first slide was "wonderful."  I heard it.  Tammy heard it.  And it made us both feel pretty good.  It was a small recognition in the grand scheme of things - yet it felt so important and it carried a positive force that was far greater than you might expect.

At other points during the conference I received some compliments that I was not looking for, yet they pulled me up at a time when I wasn't entirely aware that I needed boosting.

I have to admit that I get a little startled when an unlooked for compliment is sent my way.  In fact, I realize that I may sometimes seem ungracious when it happens, but I have worked on that and I am much better than I used to be.  It has less to do with failing to be gracious and more to do with my own surprise that someone felt I was worthy of some sort of praise.  It's also not that I have never been given positive reinforcement in the past either - I am fortunate to have been in many positive and affirming environments.

What it is....  well, I just don't always think of myself and the things I do as drawing that sort of attention.  And, I guess I expect so much more out of me that I sometimes am surprised that what I've managed was actually enough to make a difference. 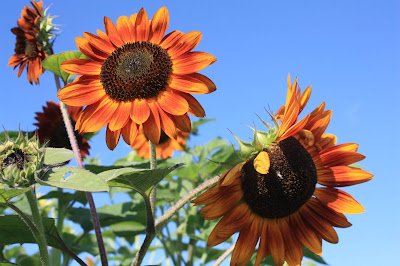 To make a long story less long - we have been recipients of a number of kind and positive messages from many circles.  We have had supportive comments from some of our CSA community that mean a great deal to us.  There have been several compliments of late sent my way for some of the writing in this blog and elsewhere.  Tammy received some positive responses at school as well as other circles.

We didn't know how much we needed all of this until we got it.

It reminds us that she and I both need to continue to do our part to build up rather than tear down.  Because so many others must have sensed that we could use a little affirmation, we just might have a little more energy to continue to pay it forward.

For those who offered a kind word, no matter how small it might have been - we thank you.

Email ThisBlogThis!Share to TwitterShare to FacebookShare to Pinterest
Labels: a crate full of grateful