Remember to Waste Not 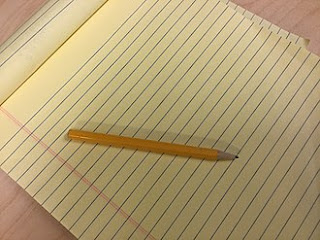 It is January.  And, it is this month that I tend to spend more time thinking..... a dangerous pastime!

In any event, this post is a dangerous pastime/thinking post and a 'faux real stories' post because I get to combine both into one!  It is a momentous occasion.  You might want to mark your calendars and make an entry in your diary chronicling where you are right now.  It could be important.  Then again, you could just enjoy this blog post, for what it is worth.

Upon further thought - perhaps you should just enjoy the blog post, let's not make too big a deal of it.  Next thing you know there will be singing all sorts of silliness!

Ok.  So, now we've had some silliness and singing (assuming you viewed at least a little of the video above from the animated version of Beauty and the Beast).  Now back to your regularly scheduled blog post:

For some reason, I was thinking about the tendency of  people to be wasteful.  We are all wasteful at some level and in different ways.  But, specifically, my thoughts were drawn to three things.

2. I have had a discussion (more than once) with others about the tension surrounding decisions regarding new versus used versus repairing what you have for tools on the farm.

3. I was realizing an unhappy anniversary since it was about this time in 1995 that I learned of the death of my best friend from high school, Jeff Mellick.

Jeff and I were partners for the Newton High School debate squad and we went to many tournaments during the school year.  We were a reasonably good team, but lost our Junior year due to a faculty change at the high school.  That put us a year behind in experience during our Senior year.  Can you imagine how painful it was for us to have judges say, "Wow!  You guys are pretty good.  You'll be winning all sorts of tournaments next year."

Our thought bubble: (Yeah, thanks.  Can we get a redshirt option?)

Teams from school "B" were clearly from an affluent area and their teams had a number of resources other schools did not have.  We found these people to be (typically, but not always) rude and they often found ways to belittle others.  This was made worse by the fact that school B teams often won.  Jeff and I didn't begrudge them winning.  After all, they went to more tournaments, spent more time practicing and simply focused on it more than we (and most other teams) did.  In fact, we could forgive some of the attitude as well.  Some of it may have been bred by the peer group they were in and there are many other possible reasons we couldn't be aware of.  And, frankly, we did not have to spend any time with these individuals outside of the debates we had with them.

But, the tipping point was watching how most of the members of these teams would waste materials.

A debate team consisted of TWO members and it was the norm for each member to use legal pads to keep notes of the 'flow' of the debate.  Jeff and I would each use a whole legal pad over the course of four or five tournaments, using both the front and back of the sheets as needed.  These people would use up one to two legal pads EACH per match.  To put this in perspective, there were usually six matches in a tournament, plus play off rounds.

Folks, that is a conservative estimate of 12 legal pads used over a two day period of time for one team from school B in one weekend.  It would not be an exaggeration to say that these people attended twelve to sixteen tournaments a school year.  That's easily 150 legal pads for one team of two people.

It wouldn't have been so bad if these legal pads were used entirely.  But, usually there was one line written on each page and many pages toward the back were still blank.   And once the round was over, they would discard the entire pad.  Sometimes in the trash.  Sometimes, just left on desks..or the floor...or wherever.

Jeff and I were not ones to look a gift horse in the mouth.  We would often pick up these legal pads and make use of them ourselves.  Why not?  Just cross out or erase one line on a page and it is good to go.  But, that's not the best part.

One day, we noticed that a careless member of one of school B's teams had left a copy of a key argument sandwiched between pages of a discarded legal pad.  Normally, an opposing team would not have much time to view and prepare against such an argument prior to a debate.  But, we had a break and we were going to be facing one of the toughest teams from school B the next day.  Simply put, the oddsmakers didn't give us a chance in that round.  But, oddsmakers didn't know what we had in our possession.

We spent some time dissecting what we had and preparing a counter argument that was specific to it.  Often, teams could only come up with more general attacks against a particular argument, so this was a step up.  But, we also took the time to figure out what their counter arguments might be and prepared for those.

To say that we took great delight in dismantling school B's team the next day would be an understatement.

The post above was first shared in January of 2015 and I still hold Jeff in my thoughts and I sometimes wonder what life would be like if I could still talk with him.

On the other angle of this post, I am still struck by the attitude or maybe the values system that leads people to be so blatantly wasteful.  Yes, it was true that neither Jeff nor I came from wealthy families, so we were aware of the cost of things like notecards, pens and legal pads.  We both were not above picking up these free 'gifts' at every tournament and using them for our own efforts.

But, this was all made worse by the fact that there was no paper recycling system in place at the time either.  It all just went in a landfill.  I recognize that our recycling system on this world is not doing everything we think it is doing - but it is, at least, doing something.

In the end, I see this an example of how our attitude in the small things translates to how we act and what we support in the big things.  And maybe I make too much out of these little things some times.  But, I'd rather that than the alternative.  Making too little out of them and making nothing out of the big things...