There are several books I have read in my lifetime that have had a profound impact on how I view things today.  One such book has been on my mind lately, for reasons that will become obvious fairly quickly. 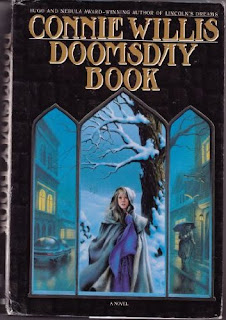 The Doomsday Book by Connie Willis is well-written and an incredibly thoughtful and thought-provoking book.  The book is set in the 2050's ( a point well into the future at the time the book was authored - 1992) where Oxford historians use a device called 'the net' to time travel to specific points in history.  Kivrin is sent back to the 14th century just prior to the outbreak of a flu epidemic in the modern world.  A mistake made by the technician drops her right into the middle of the Black Death as it ravages England.  What follows is a strong reminder that our understandings now do not necessarily translate perfectly to another point in time - even if it should be the same place.  Kivrin finds that, despite all of the training, planning and efforts to learn the language, she is woefully prepared for what is to follow.

Much of the book may move slowly for you if you are looking for action, but if you want the full-impact of the end of the book, let yourself be drawn into the lives of the characters depicted. They might not be people you are immediately attracted to and it is not required that you enjoy all of the time you spend with them.  But, you find yourself caring for them nonetheless.


Kivrin has become a part of this community when the Plague is brought in by a group fleeing London.  As the villagers succumb, one after another, the efforts of Kivrin and the local priest, Father Roche, seem like they are for nothing.  We witness her struggle as she does what she can, with limited medical knowledge and equipment, to help these people who are now her people.  It is not until the end of the book, when another village is visited that the true impact of her efforts are seen.  In this second village, it is clear that there was no effort to care for each other.  Bodies were unburied.  It was clear that some had died fighting each other - a stark contrast to her own village. 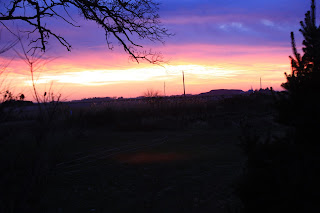 In other words, I saw the book as a morality play that illustrates how we act in times of trouble can have a definite impact on the outcome of our time.  And, even if the end-results may seem bleak and our efforts in vain, there is still value in caring for and acting on behalf of others.

This book re-enforced a personal belief I hold that even ONE person can make a difference.

Have you been involved in something that went poorly?  I am guessing you have.  Perhaps you have also been involved in failures where you, and other participants, felt that a good effort was made and that there was a triumph in the striving to succeed.  Think about those events more carefully and identify the people who lifted each other up during the process.  Were you one of those people?

Doing what you can to avoid spreading a dangerous disease - even if you might be one of the 'lucky ones' who will not exhibit symptoms.

How will you make a difference today?
Posted by Rob Faux at 5:30 AM