When I walk behind a wheel hoe or run Barty around the farm to prepare ground or cultivate I find that my mind is able to multi-task fairly well.  Obviously, I have to pay consistent attention to what I am doing so I don't destroy plants I want to keep with the wheel hoe and the stakes are higher with the walk-behind tractor.  With Barty I can both destroy plants AND potentially do a bit of harm to myself or whatever else gets in the way.

Now, if I am cultivating with Rosie, the tractor, there is usually even less brain multi-tasking going on because that tool has even more potential to do harm.  But, I digress... 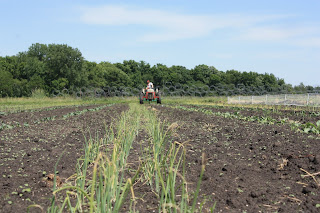 In any event, my brain can go all sorts of places when I am walking back and forth between 400 hundred foot rows of veggies.  One place it went to recently, much to my surprise, was my eighth or ninth grade science class.   I don't recall for certain which, and that doesn't matter.

Different Abilities
The instructor for the class was Mr. Rasmussen and he was, generally speaking, a capable teacher.  Certainly, as far as I was able to tell, he knew plenty about what he was teaching and I actually liked most of the things we covered - which is saying something when you are talking about middle school.

Everyone who is reading this knows this is going somewhere - so let's just get right to it.  Mr. Rasmussen had a host of physical challenges.  When he walked, it was with a shuffle that made it look like he could topple forward with each step, his arms hanging at his sides as if they might be too heavy for him.  There were days when Mr. Rasmussen would remain seated for the entire class.  He spoke as if his tongue were two sizes too large for his mouth and the rumor (I never found out if it was true) was that he had had polio when he was younger.

Sometimes he would try to give a demonstration in class that required measuring out some liquid into a glass tube.  He would start with one tube with too much liquid and try to pour from that tube into a second tube to get his required amount.  It was painful to watch as he would pour the liquid from one tube to another.  The shaking of his hands and arms made it virtually impossible for him to get what he needed.

The entire class sat there and watched, unsure of what we should do.  I could tell that some of the members of the class were inclined to just think it was funny and others thought it was sad.  But, in general, it was supremely uncomfortable.  You see, Mr. Rasmussen did not seem to want help, though he did accept it when one member of the class offered to pour it out.

I certainly learned from Mr. Rasmussen, but I suspect I learned more after the experience than I did during it.  Or - at least - I didn't fully realize what I was learning at the time. 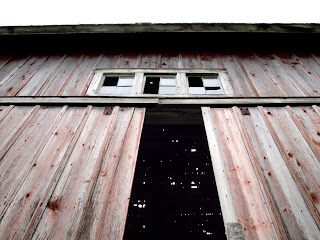 A Lesson Learned
One of the things I learned is that it takes a great deal of bravery to break away from the crowd.  When you add to it the uncertainty that comes with being a young person who is not sure if you are supposed to help....

I remember a good deal of internal pressure and debate when we witnessed our teacher struggling.  I would feel embarrassment on his behalf, but then I would berate myself that there was nothing to be embarrassed about.  His body only allowed him to do so much and there was no shame in that.  The next battle was whether or not he would appreciate help and whether I dared to step forward and offer to change what was going on.  I knew the answer - but then I had to fight my own shyness that was at its peak in middle school.  That, and as a middle school student, I still ran on the training that you waited for the person in authority to direct what was going on.

I would like to say that I was the student who finally won the battle and volunteered to help.  But, I wasn't.  Instead, I desperately wanted to be that person.  All the while, I felt a flood of relief when it was someone else who finally stepped up.

Good Data / Screwy Data
When our class would do a lab, he would shuffle from table to table, checking on our progress.  If things were going well, he would approve by saying "Good data!"  If you had made some sort of mistake, his response was always "Screwy data!"  I learned to appreciate the complement that was "good data" and I was determined to avoid "screwy data."  Such is the life of a kid that gets positive reinforcement by academic success.

The desire to achieve "good data" overrode my reticence to try new things in front of an audience.  I have to admit that lab and hands-on courses terrified me at that time for that very reason.  I would very much prefer to try things out without others nearby to witness potential failure or - even worse - see that I did not quite understand what was going on. 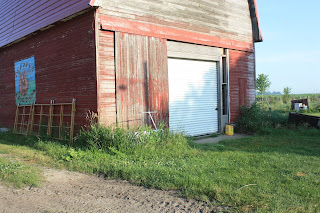 Stepping Up
Stepping up and doing what seems like the right thing always sounds so easy when we say it.  But, if it is really all that easy, why don't we do it more often?  A big part of it is because you and I are all too worried about what others will see and think about us.

Happily, I have changed a bit since middle school.  Sadly, I still lose the battle with myself to do the right thing too often.  But, as far as I am concerned, hearing the words "screwy data" even once is too many.

And so, I find that I try to push myself a bit every day to stand up for someone else just so I can hear Mr. Rasmussen say "Good data" in my head.  Sometimes I do something small like writing a blog that addresses difficult things.  On other days, I speak up when I hear someone say something that is cruel or inappropriate.  I wear a mask and give people space because I want them to stay healthy.  Once in a while, I'll stop the truck and help someone at the side of the road who needs it.  There are times when I volunteer to do something to help someone else - even if it isn't something I want to do.

And here's to you Mr. Rasmussen!  Thank you for stepping up.
That's good data.
Posted by Rob Faux at 5:30 AM

Email ThisBlogThis!Share to TwitterShare to FacebookShare to Pinterest
Labels: Look in the Mirror