"So, you speak really well and you write really well.  Why don't you speak out more often to change people's minds about important things?"

The person who was asking was someone who maybe didn't know me all that well, but they were aware of some of my skill set.  Perhaps they also thought that the two of us were fairly well aligned in our beliefs, so they were hoping to recruit me to be an advocate for "that way of being" because it "certainly is the best way of being."

My response was that I have always done my best to help others think for themselves and that I probably fail more than I succeed.  This response was apparently confusing because they responded with, "but you could make such a difference!" 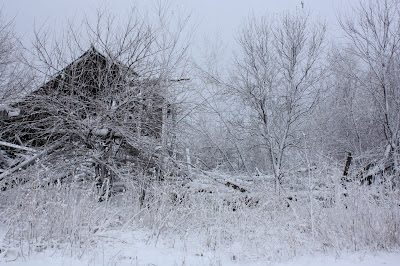 Let me first say that I will be the first to admit that I fail at least as much as I succeed in most everything I do - at least by the measures I place on myself.  I will also say that I am very guilty of letting failure carry too much of the tune in my own litany far too often.  I tell you all of this to pre-empt you (and myself) from starting to think that I am ever so noble and always handling things perfectly.  That would be inaccurate.

It would even be inaccurate to say that my goal is to always succeed in reaching my ideals.  I am not that good.  Not even close.

I can honestly say, however, that overall - I give it my best shot.  And maybe that's the best I can do.  But, I refuse to believe it.  Because, if that's the case, there is no reason to improve.  And, believe you me.... I fully intend on improving for as long as I live.  Even if I end up failing at that too.

And so, we go back to that conversation I had some time ago.  The one where a person was telling me I was wasting my talent and that I needed to go out and change minds.

I distinctly recall that the last thing I said was, "if a person doesn't want to change their mind, I won't be able to do it for them." 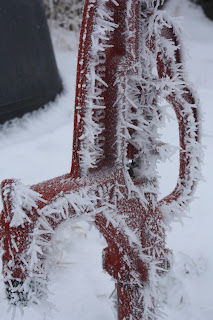 Personally, I tend to (eventually) appreciate a conversation that gets me to think a little harder about what I believe and think.  This conversation fell into that category.

Was it possible that I did not/do not use my own skills to communicate in the most effective and beneficial ways?  Of course it was.  Were there times I should have spoken up, when I did not?  Certainly.  Times when I should have shut up instead of running off at the mouth?  Well, probably fewer of those, but yes.

But, the big question was - do I use my belief that only you can actually change your mind as an excuse to stay silent when, perhaps, I should speak out?  Again, the answer was "yes."

I have to admit that some of this comes from the knowledge that none of us knows all of the answers and that it would be presumptuous of me to make any such claim.  Even more of it comes from the reality that I have had more training in structured arguments than most people (with years of debate).  I know very well how to bludgeon someone with a boatload of facts and logic chains.  I am capable of winning debates.  I can win debates for the side I don't agree with nearly as well as the one with which I have more in common.

That's not the kind of winning that interests me.

So, I hesitate because I know things are far more complex than the simple yes/no, us/them, either/or arguments everyone is so fond of taking sides on.  I hold my tongue because I also know I am not privy to all of the facts.  And, I step back because I know, despite all of this, that I could probably "win" the argument.  All the while knowing that I wasn't sure that winning was the right thing. 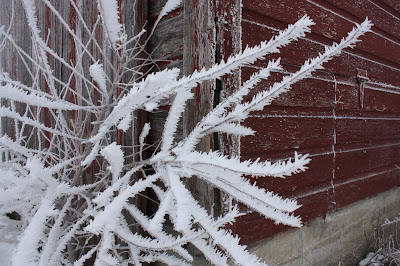 If you've been reading the blog, you know some of what came from my own self-reflection.  I needed to speak out more often.  But, I needed to do so with integrity.  This is not a debate with winners or losers - this is supposed to be an opportunity for me to learn and maybe also a chance for you to learn as well.  Perhaps - if I do my best - I just might help each of us to see some important things and make some useful changes... some useful improvements.  Or maybe, if share some of my own struggles, we will all be a bit more understanding and more willing to consider beneficial alternatives.  It's possible, if I do my level-best to share some balanced information we could then figure out some changes for the better.

It's not easy, because there are some things that I am very invested in.  Issues that I am pretty certain I have a fair amount of knowledge and a pretty good idea of some things that should happen.  It is so tempting to get right to bludgeoning and pushing and cajoling until you all either say you agree or you walk away disgusted - never to return.

Someone pointed me to a wonderful opinion piece in the New York Times by Adam Grant (Jan 31, 2021) - The Science of Reasoning with Unreasonable People.

You can go read the piece if you would like, but if you do, please do me the favor of reading all the way to the end.  That is where the real gems are.

"The real breakthrough, though, was mine. I became open to a new mode of conversation, with no points to score and no debate to win. The only victory I declared was against my own prosecutor tendencies. I had prevailed over my inner logic bully.

While Adam Grant may not be a kindred spirit in all things, in this we are in perfect agreement.  He put words to what I have been feeling all along.

If I am going to do anything to change someone else's mind, it has to be in a way where I, too, am willing to modify my own understanding.  I must be willing to learn and grow in the process.  I will not be so arrogant as to believe that you must change when I am unwilling to change myself.

Maybe I will make that difference yet?  It won't be for lack of trying.  And, I intend to let the means be a measure of my character.