Fingernails on a chalkboard.  The whine of a dentist's drill and the feeling you get as it grinds at your teeth.  The scraping sound that makes you grit those same teeth when someone drags a knife across their plate - and then making you grimace because you've just gone to see the dentist!

There are times when I FEEL like that.  In fact, this is probably a good description of my state of being for a good chunk of the last couple of days.  It's more than me not feeling quite in sync with the world, nor is it exactly feeling down - or angry - or even frustrated.  It's just... well....  fingernails & chalkboard.   Ugh! 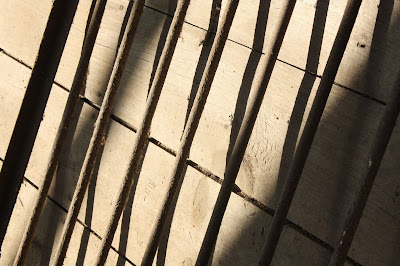 And, apparently, it is enough of a well-known concept that there is a word that describes the combination of sound and feeling that comes with these ... um... events.  But, that word is not an English word, though it could be adopted from the Spanish speaking world.  That word is "grima" according to this BBC article, which also features some other feelings that you and I might be familiar with that are described by words in other languages.

Of course, the first thing I thought about (because this is just the way I am) was Grima Wormtongue from the Lord of the Rings.  A still shot from the 1978 animated adaptation showing their version of this character is below (and was taken from the link shown earlier in this paragraph). 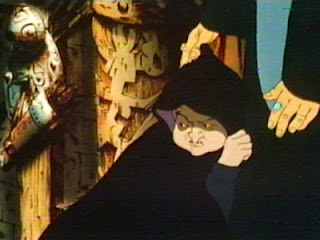 Wormtongue is portrayed as a lecherous individual who would poison the minds of those around him with the intent that this would allow him to achieve his desires - in this case, controlling a kingdom and the woman he desired.

Yes, we could have more discussion on this topic because it is always a bit more complicated than a few words make it.  But, let's do that at some point in time when I'm feeling a bit less like...   well...

Grima and the dentist's drill. 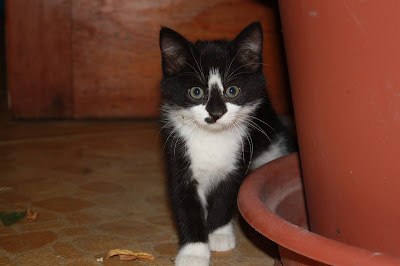 Bree apparently sensed I needed a little consoling and snuggled up with me as we watched a Poirot episode this evening.  While she is no longer the little kitten you see in this picture, she does a pretty good job of turning on the cute when she wants to.

And maybe... flowers.  Flowers will help. 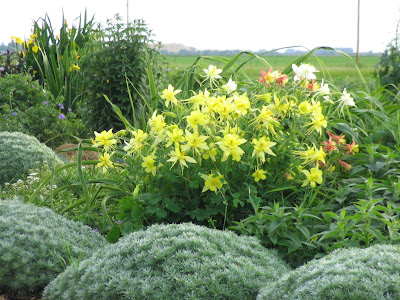 There is actually still one crazy Gerbera flower in bloom in my office and there is a beautiful red amaryllis in the kitchen.  We even brought in a couple of petunias and dianthus in pots that have flowers.  I have no regrets regarding this small indulgence.

And... sunsets!  Sunsets are a good thing.  I bet they help too. 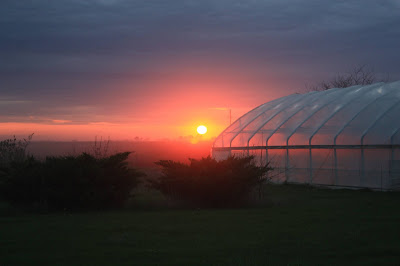 You know.  There is one being that used to share his wisdom regularly with me that would know what to say when I have this... grima... feeling.

If I share his picture - perhaps - just maybe - I'll remember some of his wise words. 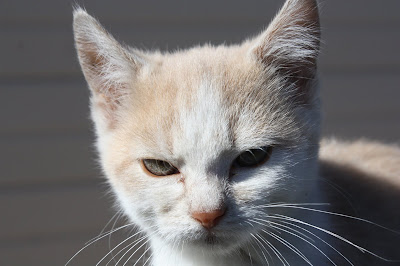 "You will give me a skritch.  You will listen to my purrs.  And you will take a nap.  I, the Sandman, have spoken!"

Yeah.  That cat had it together.

Still some grima, but the whispers in my ears have less power now.  And for some reason, I feel like getting some sleep.