I am not entirely sure why it is, but lately I've had Zoom or phone conversations with people who do not know me all that well and I find myself describing a bit of what we do at the Genuine Faux Farm.  Multiple times I have been asked whether we have livestock.  My response is to mention the laying flock, which gets a variety of responses.

Some of the responses have been to dismiss a laying flock as nothing more than a few pets that you deal with because you want to.  Others have implied by their response that we don't have any REAL livestock, so it is discounted. 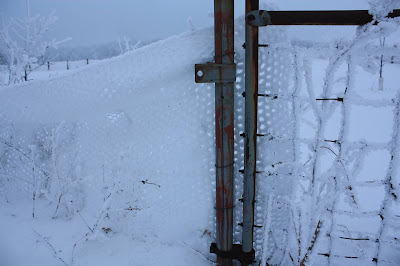 On the other hand, there are some who are completely enthralled by the idea and want to learn more about it.  They ask how many birds are in our flock, whether we free range them, and how many eggs we get.

In both instances, I am pretty sure that a little Winter experience would do them some good if they actually wanted to understand what it means to maintain a laying flock in Iowa during its coldest months.

According to legal definitions, poultry are NOT livestock.  It turns out, in the eyes of the law for its descriptive purposes, domesticated birds used or raised on the farm are "poultry."  So, I suppose I should get with the program and answer even more precisely with "no livestock, but we do have poultry."  Though, I do wonder where our Farm Supervisors (the farm cats) fall in this definition?  I certainly do not want to be too insistent on calling them "workers" because the insurance companies will want us to give them Workers' Comp insurance coverage.

There are several reasons why the Genuine Faux Farm has not taken a foray into livestock, though we have discussed the idea of raising a few pigs more than once.  The primary reason should be the most obvious to everyone who asks - where would the time come from to add yet another set of tasks and skills to our repertoire?  Certainly, there are some similarities between caring for poultry and livestock.  But, we would be foolish to assume they are completely alike for their care and feeding.  It's kind of like people who assume raising tomatoes commercially takes the same skills and tools as raising dry beans commercially.  Hey!  They're both plants.  Same thing, right? 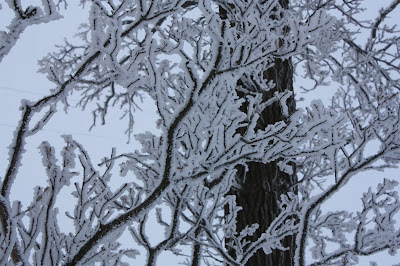 And, while we are at it.  Let's make another thing clear.  Poultry and livestock have their challenges and neither is perfectly simple to deal with.  A person who knows the trials of raising cattle shouldn't belittle a poultry operation and vice-versa.  It is not a matter of which requires more or less effort and more a matter of realizing each has their challenges and each lends themselves to different sorts of operations.

Tammy and I have maintained laying flocks through the Winter months now for many years.  Our flocks typically land around 100 laying hens, producing five to six dozen eggs a day on average.  We do not raise meat birds during the cold months and have only kept ducks through a couple of winters when we were looking to breed and raise our own flocks to reduce some of the costs inherent with getting chicks every year. 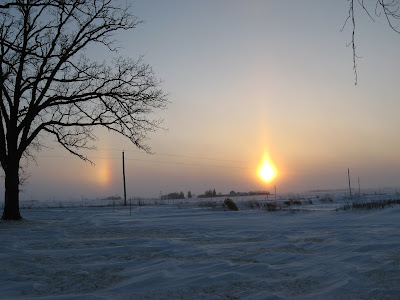 Right now, we are sitting at about 16 inches of snow pack and our low temperature at the farm February 7 was -21 degrees Fahrenheit.  The snow isn't going anywhere and the temps aren't likely to change a whole lot for the coming week.  To give you an idea as to how cold it is, the ice on the solar panels isn't melting and an egg freezes hard enough that it will chip a block wall if you throw it hard enough - without breaking the egg.

Even the sundogs are asking to come inside.

Every year, we go through the cycle of 'winterizing' the hen room and in the Spring, we 'summerize' that same room.  This involves putting up covers to block walls we open up in the Summer for ventilation.  Once the snowpack gets high enough, we stop shoveling an area for the birds to roam in the pasture and they tend to stay inside.  This is especially true during these bitter cold periods, when it is better to help them maintain some heat in their room rather than opening the door and letting them decide on their own that no... they do NOT want to go outside.

It got cold enough that one of our heaters to keep their drinking water unfrozen could not keep up.  So, we will rotate frozen waterers with unfrozen ones, carrying them to and from the house.  Or, we'll just take more trips to fill the unfrozen one - as long as that heater can keep up!

The eggs, of course, are another issue.  At a minimum, we need to go out every two hours each day to collect eggs before they freeze.  It would be more often if they were laying in the nest boxes, but this group prefers to lay in a couple of spots in the straw for the most part.  There are usually enough hens sitting on the eggs during the early part of the day to keep them warm enough.

Once things get this cold, cleaning the room is not an option.  Well, actually it becomes less of an option when the snowpack doesn't allow us to take the old bedding away from the building.  As a result, we add more straw to the top more frequently.  There is a reason the Spring cleaning of the hen room can be quite the project! 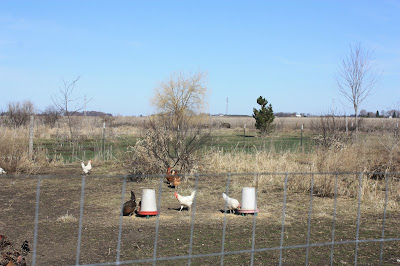 Eventually, the weather will warm and the snow will melt - exposing the hen pasture in all of its muddy, ugliness.  The hens don't seem to care about mud - but they will avoid the snow with a passion.  The picture above shows what the pasture looked like this past March after the snow was gone for a week.  You might notice some green further from the hens - all that does is illustrate how hard hens can be on ground cover.

Once we get through mud season, we will put the hens in the mobile "Summer Cottage" so they can visit other pasture locations on the farm.  And we'll do our level best to rehabilitate their main pasture.  It's all part of the cycle of raising poultry for eggs at the Genuine Faux Farm.  Not the same difficulty as livestock - it's just its own brand of difficult.  A difficult the two of us can handle.