I received an interesting and unlooked for gift around the holidays that came from a co-worker at Pesticide Action Network.  It was a simple card that included three words. 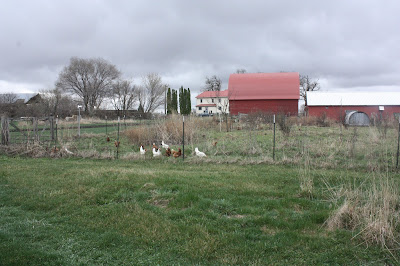 A basic acrostic poem is created by taking a word and using each letter of that word to start each line.

For example, if I were to do an acrostic for many Springs on the farm:

Of course, 2021 has been anything but damp so far, but I did say it applied to MANY Springs on the farm.

The funny thing about doing these acrostic writings is - it actually takes more effort than you would think to actually put something together that fits the rules AND has some sort of meaning that might apply to the word being used to create the acrostic.  It took moments to come up with words for the first couple and then I realized I had no plan as to how those words would lead to the rest....

Now, if you consider the concept of using someone's name for the acrostic.  You want to give them something that rings true and reflects well on the individual.  Well... ok.  If you anticipate giving the acrostic as a gift I SUSPECT you would like to be positive and uplifting.  If you don't, then you still have the same problem with finding the right words to reach your goal.  But, instead of acrostic poems you might refer to them as acrostic insults!

Poems or compliments or insults - it can be a pretty tall order.   Good thing they only needed to get through three letters for me.

Whether it is true now, or whether I can fulfill the prophesy later does not matter.  I am still grateful for three kind words that were well-meant and encouraging.

Email ThisBlogThis!Share to TwitterShare to FacebookShare to Pinterest
Labels: a crate full of grateful, dangerous pastime