Not Ready For This 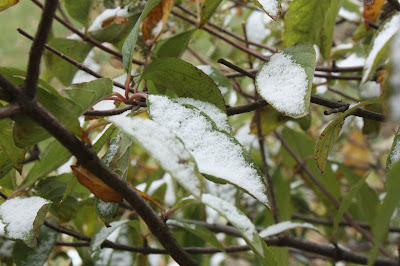 So, our first measurable snowfall on the farm for 2020 was October 19.  Before we go much further, let us say that we are grateful that we did not get the seven to nine inches some of central Iowa got on the same day.  We are also just fine that we have not received some of the same white stuff points North in Minnesota have gotten and are getting. 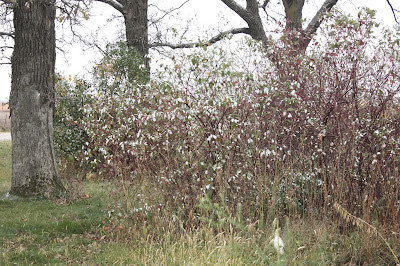 I wasn't quite on the ball enough to go out and take a picture before the snow on the ground melted - not that much on the ground stuck around for much more than minutes.  We do still have some significant heat stored in our soils at this point.  But, leaves and branches still had some to show off.

Since I am writing this blog on Thursday night for a Saturday morning posting time, there is a chance I'll have to go out again and take more pictures between now and then and update the status.  But, let me be on record to say that we, at the farm, are not on board with this situation. 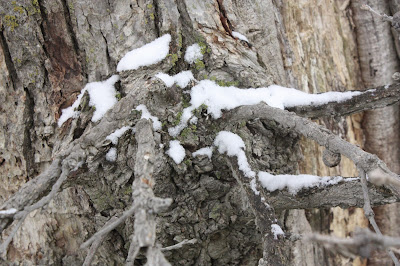 No, we did not order this cold, rainy (and potentially snowy) stuff for the middle of October.  Yeah, yeah.  We can quibble over whether October 19 to 24 is the "middle" if we must.  But, it isn't all that common to have persistent snow and cold at this time.  Not impossible and not even completely out of the norm.  But, it isn't what we typically deal with.  We just may be taking turkeys to the park in the snow for the first time since we started raising turkeys (but to clarify, we have had snow before and just after taking turkeys to the park in prior years).

We probably should not complain too much because we have had some very nice days this Fall already.  A bit windy at times, but some very nice days nonetheless.  But, per the norm, Mother Nature did not look at our schedules before she picked the nice days and the.... less nice days.  Or perhaps she did - and she's just having a little fun with us.

Either way, we're not ready for this.  But, I suspect we never had a choice in the matter.  Did we?

And, no matter what we think of the weather - it's still Mom's birthday!  Happy birthday Mom!