But It Wasn't Funny

Crazy Maurice is a young Weeping Willow tree in the northeast section of our farm.  For a significant part of the Summer, Maurice was keeping watch over the older hen flock as they went about their business, kicking up the dirt around his trunk and taking shelter under his limbs.

Being a young tree, Maurice is still fairly 'hasty' (as an Ent might say), so he frequently has conversations with the humans on the farm.  In fact, he has even authored some blogs for us in the past.  We hope that he will remain hasty enough to continue to talk with us.  But, even if he gives in to the slow, contemplative ways of the older (and possibly wiser) trees, we'll still enjoy visiting him.

This is Crazy Maurice's latest - dictated to me over the course of the Summer. 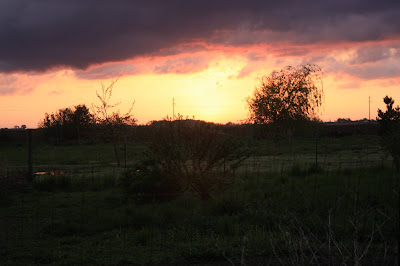 I do very much enjoy the visits with the Pretty Lady and the Fuzzy Guy with the Red Top.  It almost is worth it having all of these fussy, noisy, feathered fussbudgets running around me.  After all, I know they come out here to give them food and water.  I am also aware that they collect eggs from those little buzzards every day.  But, I also know a day will come this Fall when I won't see either of them much.

It's ok.  I usually take a bit of a nap for the colder months anyway.  If they visited then, I am afraid I wouldn't be the best company.  But, it does get a bit lonely out here sometimes.

Blaise (the maple) isn't much of a conversationalist and is destined to be much more tree-ish than ent-ish, in my opinion.  Minnie (the oak) is still too small to tell what she's going to be like.  The conifers think they're better than the rest of us because they stay green all year.  Ya, ya.  Whatever. 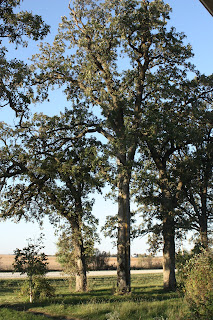 But, occasionally, I get to hear the whispered conversations of my elders - the Burr Oaks on the southern part of this farm.  I have learned that, when they talk - I should listen.  And, when I listen, I have to be prepared to listen for a while.  I mean - they are kind of... well... deliberate.   That's a new word the Fuzzy Guy taught me this year when I tried to explain it to him.  I like that word.  And that's not an accident.

See!  I have even learned to make jokes.  That's the Fuzzy Guy's fault too. 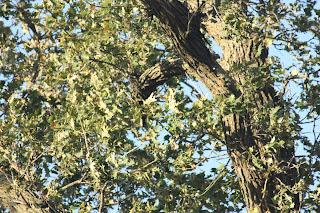 Anyway, this Summer was enjoyable because the Fuzzy Guy was telling me about a story of trees... and some other creatures....  Burrrahobbits?   Eh.  Whatever.  Some little fellow called Billedfrobo?  Well, anyway, that doesn't matter because some of the key characters were Willows and Rowans and an Oak-like creature called an Ent.

I was a little dismayed that the Willow was portrayed in a less than flattering light - but Fuzzy Guy assured me that he felt my mannerisms held no resemblance to that Old Man Willow character.  Perhaps that tree didn't get to hear stories from nice farmers when he was young?

He told me a story about going to see a, what was it?  Mohvee?  A book that had sound and movement?  Whatever.  I know what a book is, because Pretty Lady explained that one.  I like Pretty Lady, she is ever so kind.

Anyway, he told me that the Ents were sad because they had lost the Entwives.  When asked what Entwives looked like, the Ent said he could not remember.

And Fuzzy Guy told me that some people laughed.

But, it wasn't funny.

Trees do not forget.  And, if they do, it must be a tragedy.  That's another new word my friends taught me - but I am not as pleased to have learned it as I was with the word "deliberate."

I listen to my elders, the Oaks to the south.  They tell me about the ball of fire that took one of their number away.  They remember her shape and feel, still refusing to encroach on her space even though she has been gone many seasons now.  They have grudgingly allowed admittance of a young sapling (or so I have heard), nearby, but they still see their missing sibling when they look at that open space.

They have not forgotten.

And it isn't funny.

I whispered back to them that that wasn't funny.