Farmer Rob underwent surgery to remove his left kidney on April 28.  There was a small, encapsulated mass internal to the kidney that prompted the surgery.  As some of you might know, this has been a longer and more drawn-out process than it might normally have been for a number of reasons.

As we approach the 1 week mark, I thought I would offer up a very short update. 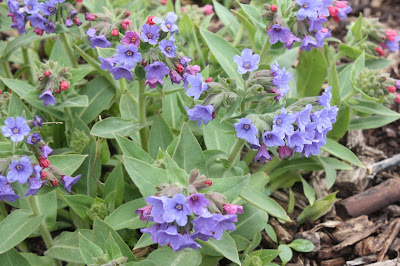 - I can not look at screens for very long at this point in time, so I am limited each effort to 15 minutes.  Any blogging will be quick.

- It appears that the cancerous mass was entirely encapsulated, which is good news.  No observed issues with bordering tissues or lymph nodes.

- Surgery apparently took fairly standard time - coming in at a little under 4 hours.

- I still have some digestive issues, which is not at all uncommon for this sort of surgery.  This is probably my biggest complaint at this time.  It makes it hard to get good sleep, which of course limits all sorts of other things.  Pain, in general, has not been a major issue.  (When there is no sense, there is no feeling).

- I was able to return home on the after noon of April 30 and immediately felt much better than I had been.  It doesn't mean it has been smooth sailing.  It just means that was the right choice.

Tammy has been an amazing "Guardian Dragon" throughout.  I am fully aware this is wearing on her and I appreciate all of the help that has been given thus far.

I have also been touched by the gifts of real mail from a number of people.  Thank you.  I actually have been looking forward to going to get the mail from the mailbox each day.

Like everything in recovery, I'll do a little and then stretch back out.  This is my first attempt.  It'll get better - just as I will.