I try to remind myself on a frequent basis that while I tend to believe that I am smart enough to figure many things out, I should not inflate my own head enough to believe that I know MORE than someone who has worked to acquire and exhibit expertise in an area over a period of time.  And, I wish MORE people would check their own swollen heads before they push their inaccurate understandings on others. 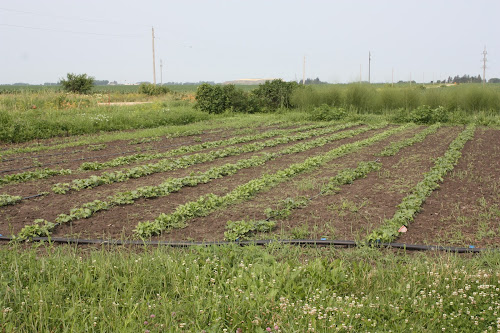 Several years ago, I learned how to play the game Ticket to Ride.  It really did not take all that long to learn the process and the rules for playing the game.  After trying it once or twice, both Tammy and I were pretty comfortable that we could set it up and play it again whenever we wished, with only a check or two of the rules.

So, did that level of experience make us 'proficient' players of the game?

I discovered an online version of the game with an active community of players from all over the world.  I got used to the online platform and played games against people other than Tammy.  I learned that some people played to block others from reaching goals and still others played to finish the game quickly before their opponents could finish their goals. 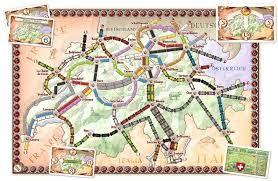 Was I now exhibiting mastery of Ticket to Ride?

Over time, I noticed there was a 'ranking system' not unlike advanced chess rankings.  I watched some games the top players were involved in and asked a few questions.  I was told I needed to memorize ALL of the available tickets (among other things).  I realized the game could be competitive despite the elements of luck the game employs.  I now knew some of the keys to winning the game more times than luck would allow.

So, why did I still have trouble beating the better players?

It turns out there was more to it than the basic tenants these players sent my way if you wanted to play well at a competitive level.  Much of that could only be achieved with deliberate practice.  Over time, my game improved and I could at least speak with competence on the topic of high-level play of this particular game.  Eventually, I was good enough to win a competitive one-on-one tournament on the Swiss map board.  I had reached a fairly high level of competence, yet I was still aware that there were better players than I.

Clearly, there is a range of competence that can be achieved and there is nothing wrong with people who are comfortable at lower levels of ability and competitiveness.  Unfortunately, there are always folks who know less and have less ability - yet they think they are experts.

Here we are - me pretending to know more than I have a right to say that I know.  I do realize how ironic it is that I am trying to make a point within the subject of Psychology - a subject for which I do not profess to have expertise.  But, I am willing to learn and I know I have limits.

The issue is that many people are not particularly good at various activities or subjects AND they are unable to properly assess their own competence.  As a result, they overestimate their knowledge and ability.  This is, at my basic level of understanding, the Dunning-Kruger Effect.

Unfortunately, many of these people are prone to loudly professing their 'expertise' in ways that make them hard to ignore.  Even worse, there are many other folks who have even less knowledge that will assign expertise to these very people who only have 'a bit more competency' than they do.  It's like a person who has memorized all of the cards and knows the rules of the game - but still doesn't know how to use that knowledge to beat the top players - telling people who are learning the game how they can always win.  There might be some useful knowledge there, but it is likely also infiltrated by some bad information as well.

And that is why I remind myself of how little I truly know and understand.  That is why I do my best to learn as much as I can every day.  It is why I often keep my mouth closed - because I am not sure I am the person who should say something.  And, it is also why I often berate myself when I realize that I have opened my big mouth when maybe I shouldn't have.

And that is why I get so frustrated when others who clearly are not competent to be at the speaker's podium have the microphone in their hand.

To further display my partial grasp of these topics, I thought I would bring up Parkinson's Law of Triviality.  My basic understanding of it is that people in a group tend to focus more on trivial, easier to understand, details than they do to the more critical, typically more complex, issues.

For example, let's say I brought a group of people together to discuss some farm plans for our crop rotations in the coming years.  A part of that discussion might be a decision as to whether we should run our planting rows East-West or North-South.  If the group follows this 'law,' then most of the discussion will get into all sorts of nitty-gritty details about whether or not N-S vs E-W is a better idea.  All of this even though the complex details of which crops to select and how to plant them in which order is actually much more critical to the operation - and much, much more complex.

People would rather draw lines in the sand for the basic concepts - even if they aren't the right ones to argue over - than 'get into the weeds' and do a little learning and cooperative discovery so they can make the best decision they can make. 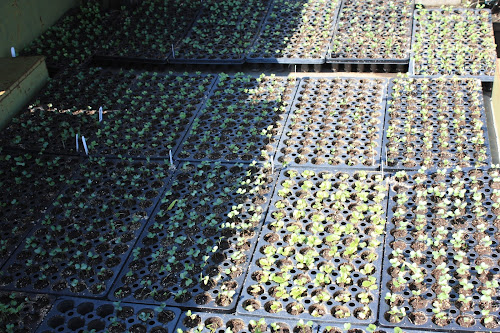 There you have it.  A partial answer to a question.

What was the question?

Where does Rob's mind go when he is pulling weeds on the farm?