In yesterday's post, I challenged myself (and anyone who will accept the challenge) to unwrap the gift that is the year 2020 and to spend the gift card found in that box as I (and you) saw fit.

I chose to look at some things for which I am grateful to have experienced or witnessed in the past twelve months.  To make it easier - I chose to have 'photographic evidence.'

We were able to see the transformation of our farmhouse from a place that looked like it was on the decline to one that showed the occupants actually do want to be good stewards of the things in their care.  As is often the case for things like this - we couldn't have done it all by ourselves (even though we have often tried).  It is good to see the progress made and to have the ability to pursue further repairs and improvements. 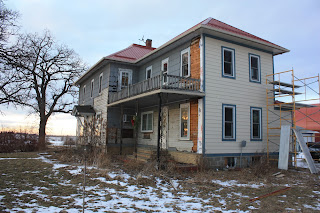 There were several of those "deep blue" sky days that I love for running out and taking pictures. Perhaps I was looking for them more this year than I might have in the past.  It's not that I didn't take note and appreciate them then - because I did.  I think it had more to do with how much effort I made to be deliberate in my admiration. 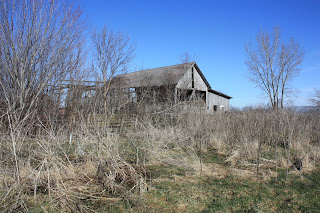 Because we cut back significantly on our growing plans for 2020, I found that I was much more laid back about Spring weather.  When you are working so hard to get things done around the weather, it can be hard to actually just enjoy what happens.  I was given the gift this year of having the opportunity to just watch and view the beauty that comes along with some rain (or snow) that would have been a terrible annoyance in other seasons. 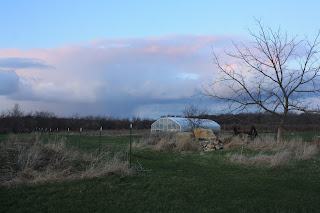 The flowers that covered the apple trees, cherry trees, raspberry vines, service berries and... well, most every fruit bush, cane or tree we had were a source of a myriad of positive feelings.  Pleasure that things we had planted and cared for were now doing fairly well and showing a promise for tasty treats in the future was among them.

Per the norm, some of the crops were pretty darned good (thank you apple trees) and some struggled a bit when it came to production.  But, that is the way with each season and perennial crops.  Some will love the scenario that is this year and some won't.

I probably ate more apples right off the trees than I have any year prior to this.  Why was that?  It wasn't because this was our most prolific season for apples.  Maybe it was because I was more willing to let myself pick and eat them? 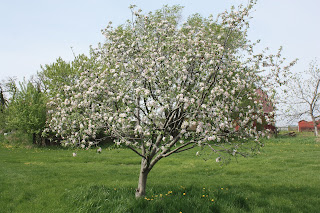 Some things aren't what they once were.  Our perennial beds and iris show is a shadow of their former selves.  That doesn't make me happy, that's for certain.  And yet, there were still beautiful iris and I was still able to take many pictures of them.

Would I like them as much if the bloom season was year-round?  Maybe not.  But, that's not really an option.  I'll just accept the gift of what I get and enjoy it. 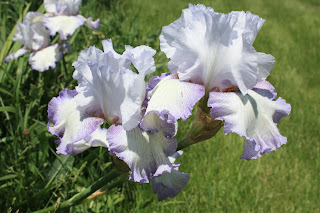 The clover on the farm had a pretty good year - which is great for the pollinators.  And our poultry love to snack on clover in the pasture areas as well.

We even had a little bit of good luck visit in the form of four-leaves (can you see them? You can click to see a bigger image). 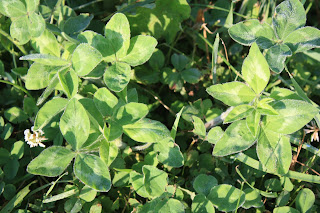 We may have grown less and we may not have seen the success that we've had when we put more of ourselves into it, but we still grew some wonderful things.  If you like a good tomato - we had some of those.  And some of them even looked fantastic while still tasting great.

We even had BLTs in November.  What's not to like about that? 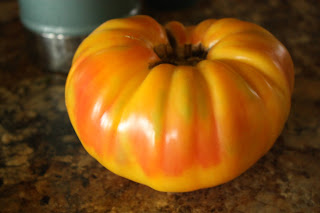 We took the time to watch the moon rise and the sun set just bit more often.  Or more appropriately, we have seen many moon rises and sunsets (and their counterparts) and we have recognized them when they happen.  But, we slowed down enough this year to actually watch... the.... moon... rise.  We stopped walking to the next chore and we watched.

If you look closely at the photo below, you can see that reddish orange glow that is the moon rising above one of our bush lines on the farm. 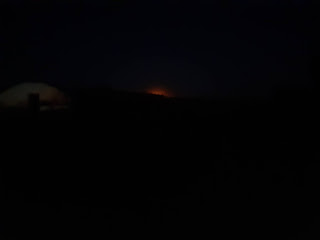 Our bees had a very good year.  We even caught a swarm successfully and we witnessed them visiting a good bloom year for the asters on the farm.  I even caught one bee in mid-flight in one of our pictures.

We have thoroughly enjoyed our bees the past couple of years.  I suspect part of the winning formula is that we aren't treating the bees like a 'farm enterprise' where we expect a certain amount of honey to offset their cost.  Instead, we are happy to get a little honey for ourselves that comes in part with hive maintenance.  Otherwise, these little workers pay by pollinating our fruit trees and our vine crops (among other things).  And, yes, we love our native pollinators too! 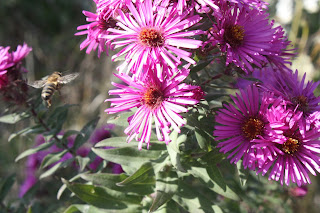 And, we had a full year with our solar panels harvesting the sun and turning it into electricity.  All of the electrical consumption by the farm was covered by this production and it is now helping us use less propane for heating this winter.  As the year went on, we spent less time being startled by their very presence and more time just appreciating that they are there. 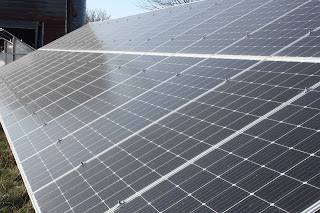 The cold weather months don't have the same feel they have had in prior years because we have both worked inside far more during the growing season than we have since 2003.  With the farm being my primary consideration for some time, the outdoors was my office and I very much looked forward to Winter simply because it represented an enforced break from some of the constant tasks that came with the farm.  Not a shutdown, mind you, but a definite slowdown.

So, now we are settling in to figuring out new ways to appreciate December, January and February.  I am, however, glad that we do not have to work on the farmhouse's siding THIS winter like we did last! 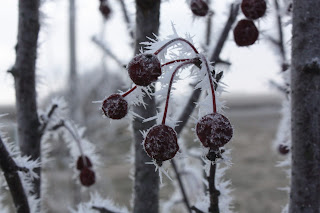 What gifts did you unwrap in 2020?  They don't have to be big.  They don't need to cost lots of money.  They don't even have to make sense to someone else.
Posted by Rob Faux at 5:30 AM