Why Did You Pick That? - Postal History Sunday

This week, we'll answer another question that has been asked.  It is related to last week's question, but it is much more direct.  I was asked:

"Why do you like to collect postal history from the 1860s, in particular?  What got you started?" 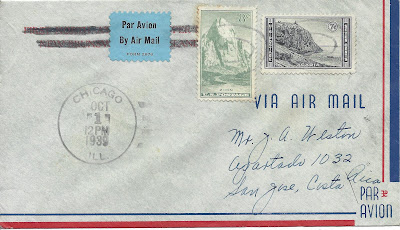 It Started With What I Knew and Understood

I credit my Mom with planting the seeds that led me to where I am in the hobby right now.  Some of my first memories are having her cut or tear some of the prettier stamps off of the incoming mail and giving them to me.  I had a small, pocket sized notebook and I would paste them into the book - drawing around them with crayolas.  I usually did a good job of avoiding coloring ON them.  Some of the first stamps I had in that book were the "Beautification of America" issue of 1969 and the Moon Landing issue of the same year. 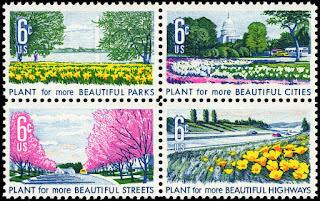 Eventually, I learned how stamps were 'supposed' to be collected and I happily participated in the hobby with the extremely limited budget a kid might have for such things.  At the time, it was all about the stamps.  And, at the time, it was mostly about United States stamps for all of the normal reasons.  I had some knowledge of the people, places and events that were on the stamps.  I could read the words on the stamps.  This gave me a lever that allowed me to exercise my curiosity and comfortably expand my knowledge with various trips to the library.

I learned about the National Parks because they were depicted on stamps.  In fact, the two stamps shown on the envelope near the top of this post were two on my "maybe someday I'll own one of those expensive stamps" list.

(note: neither of those stamps are actually all that expensive - but to an 8-year-old....) 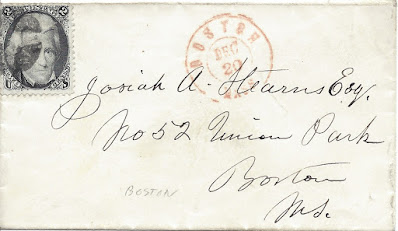 I had a healthy curiosity and interest in learning, so you shouldn't be surprised that I learned what I could about the stamps the United States had issued over the years.  I became aware of some of the earliest stamps.  In fact, even the least expensive 'stamp albums' you could buy for displaying your collection would include a few pictures of some of these stamp issues.

At the time, I thought they did that just to frustrate the collector with their own inability to actually see those items in person - much less acquire one of them.  At other times, I might have thought that 'perhaps someday' I could find one of those.  But, usually, I knew it was just a pipe dream.

The 2 cent "Black Jack" from 1863 (shown above) was pictured in nearly every album.  The larger than usual image of Andrew Jackson would boldly stare back at you, challenging you to find a copy to put on that spot.  It's an image that became easy for me (and numerous other young collectors) to recognize over time, so you can imagine what it might be like when a kid who has only seen the grainy picture in an album or a catalogue would react when they actually saw one in person!

So - when did I first see a Black Jack in person?

Tammy's grandfather had an accumulation of stamps from all over the world and I think he was glad that there was another stamp collector looking to join the family.  Sadly, it was not until he had passed away that I dug through a box of old US stamps that had been in his possession and found my first (and second) copies of the Black Jack.

There he was.  The Black Jack.  Times two.

You Like Them, But How Do You Afford Them? 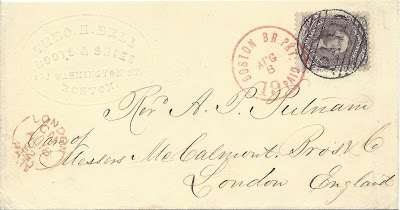 I was fortunate that I was able to acquire some very early stamps through family, though I must admit that most of the more expensive ones were not the nicest copies (I was NOT complaining).  But, you see, now I was exposed to the artistry of the early engraved stamps.  The fine lattice work on stamps like the 24 cent 1861 issue shown above was amazing - as far as I was concerned.  In fact, I found one of those in the box I talked about as well.  Well... a piece of it was missing.  But, you get the idea.

But, now what?  If I wanted to focus on the early stuff, it would cost money.  Was there a way I could participate without breaking the bank?

To make a long story short, the answer took a while to evolve.  But, I found that you could often acquire a piece of postal history with certain stamps on them that were actually cheaper than the same stamps off of a cover!  Please note that this is NOT always true, but it is often true.  I also became aware that the very earliest US postage stamps seemed to consistently require the most money, but once you got to the 1861 series, things started showing up at prices I could consider.

Once I brought what I wanted to collect into focus, it was easier to consider spending more money for one thing instead of spending the same amount for a WHOLE bunch of everything.  So, in a way, focusing the collection was a way to participate and still protect myself from feeling hopeless (I'll never be able to afford that sort of thing) or overspending.  It also gave me ground rules for selling things that did not fit so I had a bit more to spend on the things I wanted.

And it just so happened that I picked a period in time where the history was rich with complexity and interest - and so was the postal history.  Stamps made their appearance in the 1840s.  Mail was becoming a viable option for persons other than businesses or the elite during the 1850s to 1870s.  All sorts of change - and all kinds of opportunities for me to explore and learn!

Expanding Back Out a Little 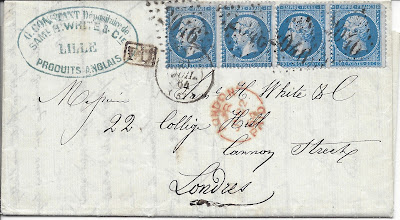 As is the case in so many collectible fields, there is expensive and there is "are you kidding me?"  What normally happens to a collector with a fine focus is that they are able to pick up what they can until they reach their limits for price.  At that point, you can either quit altogether, win the lottery, find a way to save up, or you can find another topic area or two.  In my case, I finally found my way to European mail in the 1850s, 60s and 70s.  Things like the item above mailed from France to England in 1864.

I'd like to say I figured it out quickly, but I didn't.  I actually felt a little lost for a time.  I can be forgiven, because my hobby usually goes completely on hold during the growing season (with the exception of postal history blogs - we hope).  So, my progress with these things tends to be focused on winter months (there's another way to control costs!).  But, the logical connection of collecting mail that traveled in the 1860s from the US to other countries (mostly Europe) meant I already had some knowledge to get started.

So once again, it started with what I knew and understood and my curiosity and desire to learn is leading me forward from the edges of what I know to other things.

Thank you for joining me for Postal History Sunday.  Keep the questions coming!  And, I hope you have a fine rest of the weekend and at least a tolerable week!