Irony and Other Cool Words 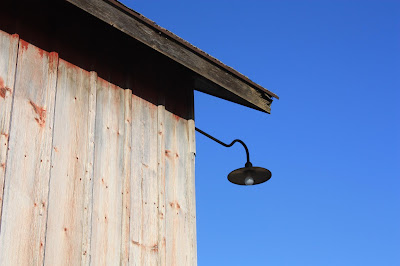 Back in March of 2009, we used the title "Irony" and my brain had some memory of it.  So, I hunted it up and you can feel free to take the link if you are curious.

At the point when I first wrote on this topic (in 2011), Tammy and I had one smallish television in the house.  We did not have satellite TV, we couldn't get cable, internet was too slow, and we didn't have a converter box.  In short, the TV was there to watch DVD's.  That's all there was to it.

So, what should appear in our mailbox?  A large envelope from the Nielsen Ratings.  Yes, they wanted our household to tell them what we watched on television.  We realize they use a random sampling technique, so we should be just as likely as anyone else to be asked our opinions.  But - if they only *knew*!

We were just going to toss the envelope, but for some reason I opened it.  What should fall out but two crisp one dollar bills.  Fresh from the printer (hmmmm).  They also included a SASE.

So....why not?  But, how do we answer the "What are your three favorite TV shows?" question?  Or the one about our normal TV watching time?   What we probably should have done was select some of the long since terminated shows we have watched in the past, or maybe choose something we have on DVD.  Maybe I should have said "Sesame Street" or "Mister Roger's Neighborhood?"  You can't go wrong with those shows.

Fast forward to 2020 and we still do not have cable, we still don't feel we can afford the internet bandwidth to watch much online (that bandwidth goes to Zoom meetings now) - so we make do with 'air TV.'  The ten-year anniversary of our entry into the Nielsen Ratings is coming.  I expect my $2 soon.

We haven't, according to my memory, focused on this word before - so you'll just have to deal without a link to another post!  And, if you are on limited internet time, that would be fortuitous for you.

Every year we work hard to figure out our field plans and our seed orders.  But, for some reason, we always seem to be ordering our seed in February, sometimes as late as March.  This can be a bit late if you want to order the bulk amounts of certain seeds that our farm requires.  As a result, we find ourselves looking for substitutes for varieties we would prefer.  Not the end of the world, but a bit of a pain.

So, this year (once again!), we are looking to get our seed orders in earlier.  Most of our seed catalogs begin arriving the week of Thanksgiving, just as they have most of the past fifteen or so years.  But, for some strange reason, I feel like this event just gets earlier and earlier every year.  I don't look forward to them as much as I used to either.

Even so, I am actually beginning to get anxious to begin our 2021 growing plan.  It would be fortuitous if the remaining seed catalogs we desired showed up on our doorstep.

Perspicacity
Now, here's a word I've always liked.  But, I can't always get my voice to say it without messing it up.  So, I'll type it instead!

Every so often, it seems like one or both of us pick up on things much quicker than normal.  In other words, we exhibit a higher perspicacity when that happens .  Recently, I have not been as quick on the uptick as I might normally be.  So, if I came across as a bit thick....sorry.  I got better (I hope).  At least I'm trying to refine my vocabulary....whatever that is.


Ostentatious
The word is, in itself, what it is.  So was that sentence.  But, other than enjoying writing big words in blogs, it is something neither Tammy nor myself wish to be.  But, because we run this farm business, write blogs, and work for organizations that need people to patronize them, we have to call attention to ourselves to make sales and promote what we do.  And we are finding there is a fine line between honorable self-promotion and being ostentatious.

Case in point #1 - at a 2011 winter farmers' market, we set up a tri-fold display with pictures and information about our CSA and our farm.  We both agreed that it was probably a good thing to do, but part of me wondered if it would not go over well with the other vendors who were there.  There is always a fine line to walk between attracting customers and belittling others who are also trying to attract customers.  And, if we go too far over the top with our own self-promotion, we wonder if they might conclude that we *are* ostentatious.

Case in point #2 - Facebook.
In 2011 I wrote: "If that web application doesn't invite one to try to call attention to oneself, I don't know what does.   For those who only have a personal page and no business page, they might not be aware of the 'metrics' Facebook tries to use to indicate your 'success' at reaching people.  We continue to do our best to use Facebook as a communications tool, but we're not always sure it is the right tool.  On the other hand, so many people we are trying to reach seem to be using it right now, it is hard to ignore.  So, forgive us as we attempt to integrate Facebook into our farm communications system."
And now it is 2020.
And I still feel the same way - after years of using it (more or less) to try to encourage people to patronize our farm, view our blog and interact with us.  My conclusion?
We have never been ostentatious enough to succeed at social media.  And that's a fact!

We hope you had the perspicacity to enjoy this attempt at irony with respect to the ostentatious premise of this blog post.  We trust that its timing is fortuitous in that it will allow you to read it and....

ed. note:  I found this little treasure from our blog posted on December 6, 2011.  I decided it could use an edit and a little extra... something (or three).  Enjoy.