I think I have told the story before that I was so averse to speaking in front of others that when I made the choice between debate class and speech in high school, I chose debate.  Why?  There were fewer people in the class.

This turned out to be one of the best decisions I could have made for myself.  I ended up taking three MORE years of debate... voluntarily.  I credit that program with my ability to do reasonably well as a public speaker.  It became possible for me to become a college instructor, with its constant demand for spoken interactions.  I also credit debate with two more things:

Now, I get to tell you why I think that. 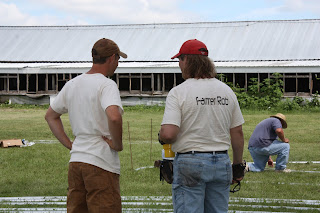 Too Much Emphasis On Winning - Not Enough On Best Solutions
Competitive debates pit two teams against each other where they attempt to persuade a judge (or judges) that their argument is the 'winning' argument.  Since we are talking about high school aged people, it is pretty easy to teach the strategies and approaches to making an effective argument to win.  And, unfortunately, it is all to easy to ignore things like integrity and constructive dialogue when your goal is simply to be the victor.

Not once did I participate in a debate where the two opposing teams hashed out a solution that was best for all people.  In fact, it usually ended up (at that time) that one team succeeded because they could show three links to a nuclear war versus the other team's two.

Sadly, I see the same mentality throughout the world in all sorts of situations.

A few years ago, I was at the county convention where the platform discussion was being held.  It felt good to have a chance to discuss ideas and options for policy with other people who truly seemed to care about what might be best.  And, yet, there was still too much of flavor of opposition and not enough collaboration.  To illustrate that point, I had gotten up to speak on a couple of issues where I did not quite agree with the party-line.  My point was that the concept of the policy was fine, but it needed to be flexible for situations where it defeated its own purpose.

In the end, the plank was adopted as written.  In fact, I voted for that to happen because I felt the greater good would go with that position.  What I hoped for was that a few more eyes would be opened to the exceptions - that way, if laws were to be implemented in the future, there would be more people aware of them and perhaps those exceptions could be successfully implemented as well.

After the convention, two people came up to me and thanked me for speaking - but they were sorry that I had to 'lose.'  Folks - there was no loss here.  I was given the chance to have a voice.   I was given respectful attention.  Others could respectfully disagree.  Could we have done more to collaborate and improve the position?  Yes.  Our only 'loss' was that we keep thinking it is about winning or losing our arguments. 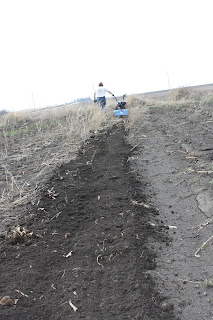 Who Is Your Enemy?
Over time, I have come to believe that we should be seeking dialog and strive to find the best answer for the largest part of the people - all while trying to provide for as many reasonable exceptions as we can.  The problem is - it is very hard to do this.  It is so much easier to draw lines in the sand and encourage everyone to pick a side.

Over the past few election cycles, I took note of some key questions that were brought about in debates.  One of those questions:
"Who are your enemies?"
Ok, I don't quite know if that was the exact question put to the candidates.  But, it is close enough to the gist of what was asked.  The real point is this - EVERY candidate identified one or more 'enemies.'

Not a single one made the suggestion that, regardless of party affiliation, they were all seeking to be public servants who would work through differences to attempt to navigate policy for public good.  Not one.

In recent partisan confrontations at multiple levels of government, we have been hearing the words - 'the opposition' rather than a name or perhaps 'my colleagues' to indicate that they all are working in a capacity as public servants.  After all, this plays to the simple 'winner/loser' concept.  Us versus them.  I win, you lose.


Do the Difficult Thing
It is so easy to take a side and blind yourself to any other option.  Suddenly, you don't have to think.  You can accept any bit of information that happens to fit your side of an argument regardless of the source.  You don't have to even try to understand the reasons a person might have to disagree.  Unless, of course, you are really interested in 'winning.'  Then, the game begins as you use any tool - regardless of the consequences - to beat them into the dust.

That isn't winning.  That's making sure we all lose.

Today's challenge is that we all do the difficult thing.  Look critically at the things you are inclined to agree with because it is already part of what you believe.  Respectfully and kindly point out shortcomings in sources or alternative viewpoints.  In turn, respectfully accept and discuss these things when they are brought to your attention.

Then do the hardest thing.  Reconsider your position.  Reconsider how you feel about other alternatives.  Look to see if there is a way to do better than just us versus them.
Posted by Rob Faux at 5:30 AM